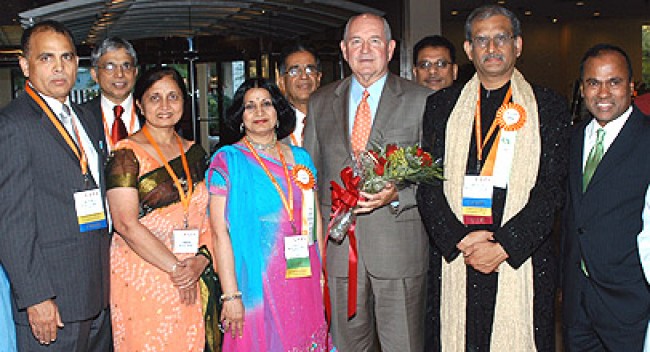 A 2006 file photo of Governor Perdue at the AAPI annual convention held in Atlanta.

After weeks of speculation, Perdue had become the favourite to take over the agriculture portfolio, according to members of the presidential transition team cited by the news web site politico.com.

Perdue, 70, governed Georgia from 2003-2011, and two weeks after Trump’s victory in the November 8 election, he travelled to New York to be interviewed by the President-elect at Trump Tower, EFE news cited CNN.

Anticipation of Perdue’s nomination had been rising in recent days, despite the increase in voices calling for Trump to appoint a Latino to the agriculture post to quell criticism over the lack of diversity in his picks for his Cabinet and other top government posts so far.