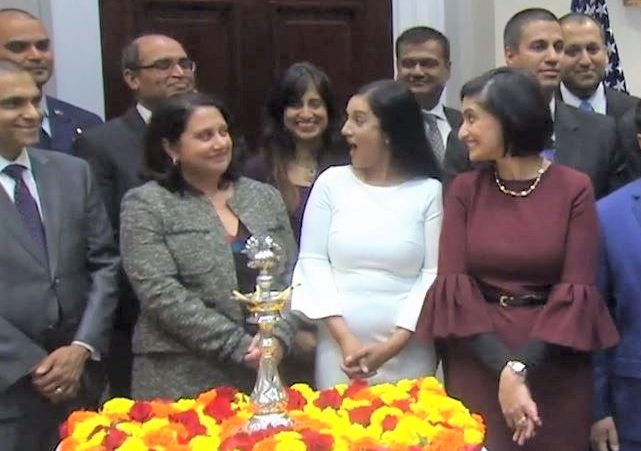 Indian-American woman, Rao, who serves as Trump’s “czar” overseeing regulatory rollbacks, faced fierce questioning from Democrats not just for her work in the Trump administration but for commentary she wrote decades ago as a Yale University student suggesting women should change their behaviour to avoid date rape.

“I cringe” at some of the language, Rao told the senators during her testimony on Tuesday. As most every Democratic senator on the dais mentioned her early writings, Rao stressed that they occurred nearly “two decades” ago at a “time of exploration” in college.

In one piece for the Yale Herald written in 1994 titled “Shades of Gray,” Rao responded to an alleged date rape incident on campus by writing: “It has always seemed self-evident to me that even if I drank a lot, I would still be responsible for my actions.”

She added: “A man who rapes a drunk girl should be prosecuted. At the same time, a good way to avoid a potential date rape is to stay reasonably sober.”

On Tuesday, Rao said that when she was writing about the incident she emphasised that rape is a crime and no one should “blame the victim” but that she had attempted to make a “common-sense observation” that there were some actions a woman could take so it would be less likely she would become a victim. Rao said she hoped she has “matured” as a writer and a person.

Democratic Sen. Patrick Leahy of Vermont seized on her comments and said that as a former prosecutor, he had dealt with rape cases. He said he feared her sentiments might lead some women to be too ashamed to report rape.

Rao responded that she had made it “very clear” that “rape is a terrible crime for which men should be held responsible.”

“I was trying to make in perhaps not the most elegant way the sort of common-sense observation… It’s the advice my mother gave me; it’s the advice that I give my children. And I certainly regret any implication of blaming the victim,” she said.

Other Republicans leaped to her defence, pointing out that the American Bar Association had given her a rating of “well qualified.” The Senate committee is majority Republican.

The top Democrat on the committee, Sen. Dianne Feinstein of California, as well as Democratic presidential candidate Cory Booker, D-New Jersey, focused on Rao’s work for the Trump administration and its goal to roll back agency regulations.

No need to worry about H1B visa issue for now: Sushma