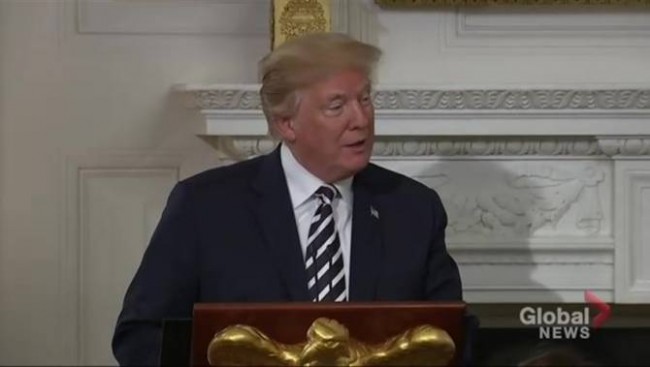 During the dinner on Wednesday, Trump extolled the virtues of Ramadan and called for cooperation in the Middle East, reports The Hill magazine.

“Tonight as we enjoy a magnificent dinner at the White House, let us strive to embody the grace and goodwill that mark the Ramadan season,” Trump told attendees.

“Let us pray for peace and justice and let us resolve that these values will guide us as we work together to build a bright and prosperous future that does honour and glory to God.”

Trump referred to the dinner as “a sacred tradition of one of the world’s great religions”.

However, some of the country’s largest Muslim organisations said that they were not invited.

Both the Islamic Society of North America (ISNA) and the Council on American-Islamic Relations say they were not invited. Colin Christopher, the ISNA’s interfaith director, told The Huffington Post a day earlier that he believed that the guest list focused on diplomats.

“If the White House is interested in inviting foreign government leaders from largely corrupt, Muslim-majority countries that exhibit inequitable and unjust policies upon their own populations, that seems to be in line with the tenor of the current US administration,” Christopher told the daily.

Trump broke nearly two decades of presidential tradition last year when he did not host an iftar dinner, The Hill reported.

Before Trump entered the White House, every President since Bill Clinton had hosted the annual dinner.