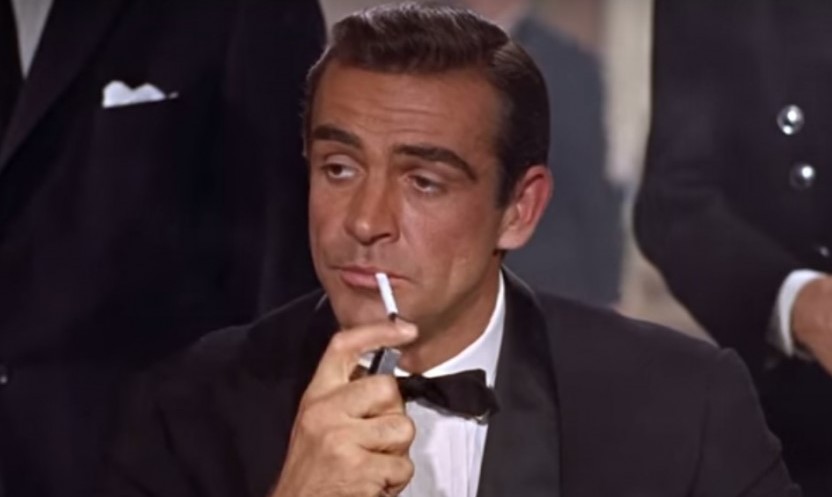 New Delhi, Oct 31 (IANS) For a man who redefined the spy as a playboy and an action star with his James Bond roles, Sean Connery had once surprised the world declaring he was no great fan of the British superspy.

“I’ve only read two Bond books, I found Ian Fleming himself much more interesting than his writing,” Connery had stated, in an article that The Guardian ran in December 1971.

That was the era when Connery ruled the mindset of Hollywood fans the world over with his back-to-back hits as Agent 007. It was almost a decade since his first bow, “Dr No”, created global impact upon release in 1962. By December 1971 Connery had already starred in four other Bond blockbusters that continue to define the original essence of Bond — “From Russia With Love” (1963), “Goldfinger” (1964), “Thunderball” (1965), and “You Only Live Twice” (1967). In December 1971 he was gearing up for the release of “Diamonds Are Forever”, the last of his outings as Bond in the official series of films. He would return again years later, for a final shot in the 1983 release, “Never Say Never Again”.

Connery’s Bond fatigue could perhaps be explained by the need to escape an image trap. Or, maybe, he realised the overwhelming glamour and sheer screen presence that defined everything he did before the camera was too good a trait to waste on just one role.

Today, looking back at his career makes you realise that Connery perhaps did a wise thing trying to move away from the Bond franchise when he did. He needed a break from Bond, while the makers were looking for fresh glamour to give Bond a new spin. (Incidentally, it is said Fleming was never in favour of casting Connery as Bond in the first place, and it was the studio that insisted. In fact, there was an attempt to oust him from the franchise despite the roaring success of the first five films, with George Lazenby playing Bond in the 1969 release, “On Her Majesty’s Secret Service”. The film fared below expectations, and Connery was brought back for “Diamonds Are Forever” in 1971).

Between 1962, when “Dr No” released, and 1971, when he was out with “Diamonds Are Forever”, Connery did try other roles. But with the possible exception of Alfred Hitchcock’s “Marnie” (1964), there are not many other films in this phase that automatically draw recall as Sean Connery-starrers for the regular movie buff. Then again, “Marnie” will always be a Hitchcock flick first.

Connery needed to get out of Bond’s tux, in order to be the Hollywood star he intended to be.

Most of his great roles have actually happened after his exit as a fulltime Bond in 1971. With Roger Moore stepping in and successfully tweaking the Bond image with trademark wry humour, the audience was beginning to identify a new hunk as James Bind. Connery found space to explore other roles.

He is an exception, in this context, to the notion that franchise stars cannot carve a career once they step out.

His overwhelming charisma was perhaps a reason he could never really explore characters in the offbeat or arthouse terrain, and it also explains why most of his great films have primarily been entertainers. Connery, after all, belonged to the currently fast-fading Hollywood ilk of larger-than-life superstars — the stars people went in to watch their aura and style more than realistic portrayals.

Yet, he did win an Oscar for his role of Jimmy Malone in Brian De Palma’s “The Untouchables”, as Best Supporting Actor. Despite maintaining the basic Sean Connery mannerisms as the fictional Irish cop Malone, he incredibly imparted an element of realism to the role.

Connery would also win two Baftas and three Golden Globes in his career. The jewel in the crown of his illustrious life came in 2000, when he was knighted by the Queen.

His exit from the world of films was as enigmatic as his tenure on screen. Almost five decades in active showbiz later, Connery would essay his final starring role in the 2003 fantasy action adventure, “The League Of Extraordinary Gentlemen”. The film, incidentally co-starring Indian actor Naseeruddin Shah as part of an ensemble cast, struggled at the box office.

Connery announced his retirement in 2006 at a ceremony hosted to felicitate him with a Lifetime Achievement Award by the American Film Institute. He had collected the trophy saying: “I have retired for good.”

Although he avoided directly addressing the reason for retirement, it is said he was not keen to play lesser roles in projects involving younger heroes.

Interestingly, he did admit once that he could be tempted to return to acting if he got to play his “Indiana Jones” character of Henry Jones. “If anything could have pulled me out of retirement, it would have been an Indiana Jones film. But in the end, retirement is just too much fun,” Independent quoted him as saying.

Perhaps, the essence of Sean Connery lies in that statement. He worked and thrived as long things were fun. For a man who had no qualms giving up James Bond at the peak of his popularity in the role, anything short of fun was only worth walking away.

Connery fans would swear they can never walk away from their mind space. He did leave ’em shaken and stirred every time, after all.