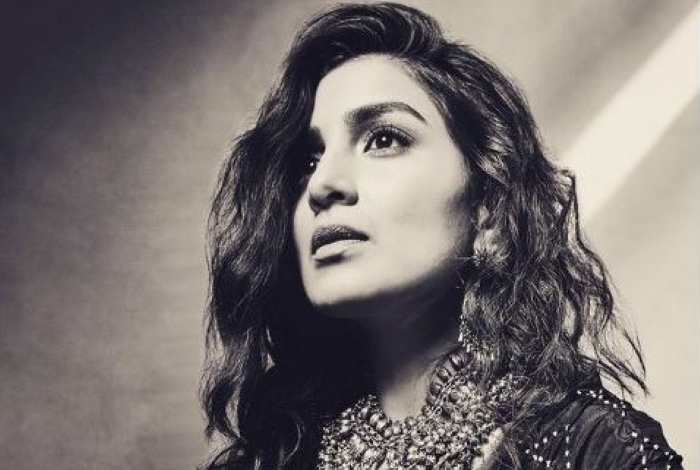 Atlanta, GA, February 17, 2021: As the most endearing and iconic adversaries Tom and Jerry gear up to wreak havoc in theatres and HBO Max on February 26, 2021, Warner Bros bear the burden of recreating their 81-year magical journey.

Amalgamating traditional style animation with live-action, the 2021 version is directed/produced as an executive by Tim Story and written by Kevin Costello. Set in New York, the story follows Jerry taking up residence in a fancy hotel in the city with Tom being hired to keep him from ruining an all-important wedding, until they have to put their differences aside to face a staffer antagonizing the two.

Pallavi Sharda who plays the bride, Preeta, in her candid interview with NRI Pulse, spoke about her experiences of being cast in the reboot version of the most beloved classic.

“It was an incredible honor. It wasn’t lost on me that Tom and Jerry is such an important part of our cultural narrative. In so many ways it cuts through geography, and generations,” said Sharda, when asked about what being part of a series that has remained in the collective pop-culture consciousness of the world longer than any other animated characters meant to her.

Sharda said one of her dad’s fondest memories are of watching Tom and Jerry projected on-screen during his college days at of him at IIT Delhi. And when he learned that she had grabbed a role in his cherished classic, Sharda said, his announcement on Facebook read, “My true love Tom and Jerry and my daughter come together,” and in that order. “It was very clear to me that it was an opportunity to be part of introducing Tom and Jerry to the new generation who perhaps haven’t seen as much of them as we have. I’m excited for my friend’s kids to see the film.”

“I play Preeta Mehta, a doctor, but we don’t really know that about her. She is a brilliant woman, a bit of a socialite,” said Sharda about her role. Her VIP wedding to Ben at the posh hotel where Tom is hired to “eliminate” Jerry is at the center of the mayhem unleashed by the duo.

“We had to work with so many animations, not just Tom and Jerry. We were definitely not sitting on animated elephants, but a scaffolding like this kind of crane situation, which we were rigged into, and strapped into and it moved around as we did our dialogues. And I was in that wedding dress for about 10-12 days” said Sharda, elaborating on the challenges of the role, and the process of integrating of live action and animation.

Having spent 10-12 days in the heavily bedecked Indian lehenga with three other people supporting it on the sets, Sharda said she prefers to wear a cotton saree for her own wedding! “I told my mom; I have had the big Indian wedding.”

Sharda has also starred in mega Bollywood movies with some of its biggest stars. Did she always have her eyes set on Bollywood?

“I am a Hindi speaking woman. I am Indian by heritage and I miss acting in Hindi movies,” said Sharda, adding that her fascination for Bollywood dates back to her childhood. “I am child of the 90s when Bollywood was kind of what NRI’s really lapped up and consumed and I was no different. I was very inspired by Bollywood. Bollywood contributes to diasporic culture. It was such a big part of my growing up that I didn’t really see myself anywhere else.”

“Our attitudes in the west towards diversity hadn’t yet reached where they have now. There was less opportunity to be an actor in Australia where I grew up. But I wanted to let the childhood fantasy get her chance, do the tumkas and jhatkas and kind of get it out of my system,” she added.

Sharda said she misses Bollywood since her recent assignments have all been westbound. “In fact, working in Tom and Jerry, wearing the lehenga and being on the big Warner bros studios, it was the one thing that reminded me of working in Bollywood,” she said.

Sharda kicked off her Bollywood career with a cameo role in Karan Johar’s My Name is Khan in 2010 and has co-starred with popular actors including Manoj Bajpayee, Ayushmann Khurrana and Ranbir Kapoor. Sharda made her Australian film debut with comedy film Save Your Legs, which released on 28 February 2013. Currently starring in ITV’s Beecham House, and ABC comedy Retrograde, Sharda joined Dev Patel and Nicole Kidman in the Hollywood film Lion in 2016.

“It’s very important to me as an actress who was born in Australia, and of Indian heritage to be able to be part of representing people in South Asian diaspora and South Asian cultures generally,” said Sharda whose last Hindi release was Begum Jaan, released in April 2017. And that, Sharda admits, is because of the amount of work she has been able to find elsewhere. “And the fact that I’ve worked constantly is a testament to the fact that the roles are there,” she said about opportunities for people of color.

Optimistic about roles being written for actors of color, Sharda observed that while she was the first South Asian actor of color in Australia, she has witnessed the changing landscape in the field of entertainment, where makers are paying attention to the particularity of one’s experience, as opposed to just doing it for the sake of having someone of color on screen. “It’s been a lot of work on my part, you know, I’ve had to pioneer that space here, which is very taxing but very rewarding because I can see now that people are tending their minds, especially to be authentic storytelling from our point of view, which is a shift that’s happening it’s not just about placing someone of color in the scene for the sake of calling it diversity, and that’s been a very slow shift but something that I’m finally seeing happen.”

What is Sharda’s message for International Women’s Day? “I think it’s a time to commemorate how awesome and empowered women are capable of being. And I think we all just need to remember that as women, and not rely on anyone but ourselves, to actually invoke that power as much as we can because we are enough and we have so much potential, that is untapped and will continue to grow.”

Created in in 1940 by William Hanna and Joseph Barbera, Tom and Jerry has successfully ruled hearts and charts, transcending borders and generations. Centered around the rivalry between the titular characters of Tom, the cat and Jerry, the mouse, their impressive curriculum vitae includes 164 shorts, 14 movies (including the 2021 edition) and several TV series, topped with seven Academy Awards for Best Animated Short Film. The diverse cast includes Chloë Grace Moretz, Michael Peña,  Rob Delaney, Ken Jeong, Pallavi Sharda, Colin Jost, Patsy Ferran and Jordan Bolger in live action and voices of the titular characters are provided by Hanna, Mel Blanc and June Foray, via archival recordings, alongside Frank Welker.

(With inputs from Veena Rao)