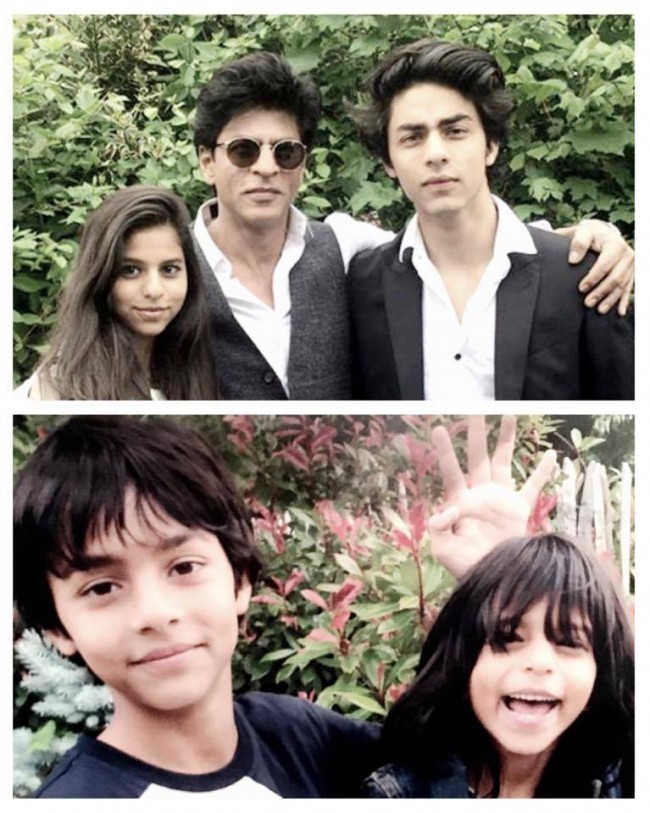 Mumbai, May 22 (IANS) Shah Rukh Khan is in awe of how fast time flies. The superstar, who seemed to be in a gloomy mode, says the only “negative” thing at present is that his kids have grown up.

The actor took to social media to reminisce about the time gone by on his daughter Suhana’s birthday and after son Aryan’s graduation day.

SRK on Sunday posted a collage of old and new photographs with one image showing Suhana and Aryan when they were younger, and another as grown-ups. The 50-year-old star shared the image on Twitter, Facebook and Instagram.

He captioned the image as: “Today the only negative is that my kids have grown up…now to wait till they start believing in fairy tales again.”

In an interview to IANS earlier this year, the 50-year-old actor shared that none of his children — Aryan, Suhana and AbRam — had shown interest in joining showbiz.

He had said: “None of them has jumped (the bandwagon) and said that they want to start acting… They come to my sets to understand what filmmaking is about because it’s time for them to get interested. If they get interested, then good, but if they don’t, that’s even better.”