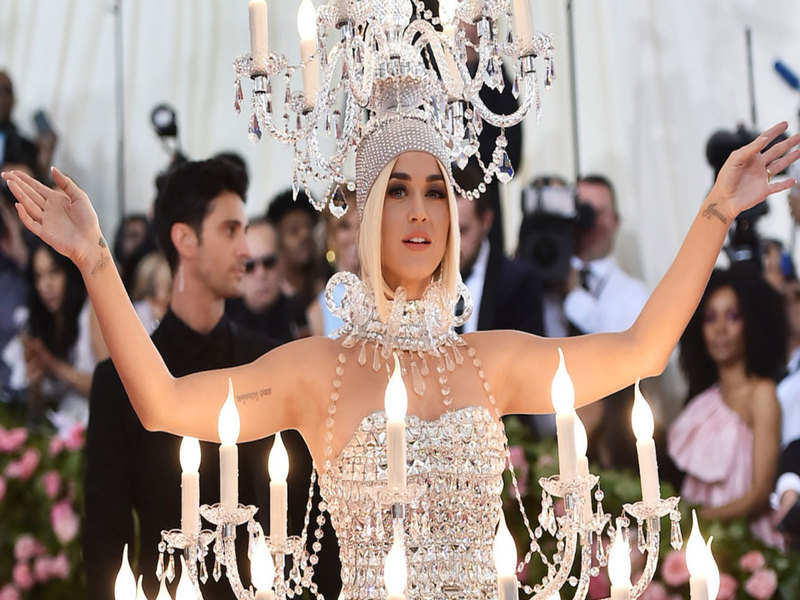 New Delhi, May 10 (IANS) Katy Perry attended the 2019 Met Gala as a human chandelier, and now the singer has expressed her appreciation for an Indian version of the attire.

The 34-year-old pop star embraced the 2019 Met Gala theme “Camp: Notes of Fashion”, and turned up at the event in New York on Monday as a chandelier in an outfit by Moschino’s Jeremy Scott. It is reported that she was wearing a 40-pound chandelier, with a built-in corset consisting of 18 steel bones and two hidden battery packs to illuminate the lights.

An Indian influencer Just Sul posted a video of his own version of the ensemble — showing him in a shiny dress with chandelier and candles along with a moustache. As the camera gets close to his face, he says: “I am Katy Curry, b****es”, which is followed by Perry’s song “Dark horse”.

“Man, that’s tique-ka masala,” she wrote along with it.

Perry shares a close bond with India. She got married to comedian-actor Russell Brand in 2010 in Rajasthan. But they got divorced two years later.

She has expressed her admiration for the culture in several interviews in the past, and is often seen embracing the culture — be it the time when she walked into the Grammy Awards ceremony wearing a bindi in 2011 or her tattoo in Sanskrit or her performance at the Indian Premier League or posting an image of Goddess Kali on her social media.