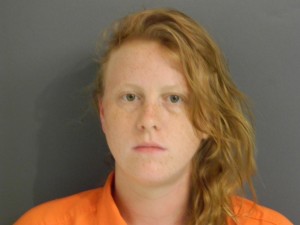 New York, July 12 (IANS) Three members of an Indian-American family died when their car was hit by a pickup driven by a possibly drunk woman in the US state of Texas, media reported.

Ryera Patel, 5, and Trish Patel, 12, were killed along with their mother Heena Patel, 43, when their van, driven by father Ketanbhai Patel, 42, swerved to avoid the pickup driven by Shelby Taylor, 22, in Kilgore city in eastern Texas Thursday, the News-journal reported Friday.

The parents were taken to the Good Shepherd Medical Centre in Longview, where Heena succumbed to her injures.

Ketanbhai Patel was discharged after being treated for minor injuries.

Texas Department of Public Safety spokeswoman Trooper Jean Dark said Taylor was travelling in the wrong direction in the northbound lane of US 259 near Dudley Road when her pickup collided with the van carrying the Patel family from Caldwell in central Texas.

Taylor and passenger Sara Furlong, 21, were treated for injuries and released, Dark said.

Taylor is being held on two $250,000 bonds and one $1,000 bond for driving while intoxicated, according to the Rusk County Sheriff’s Office.

The children were not wearing seat belts, she said.

The crash remains under investigation.