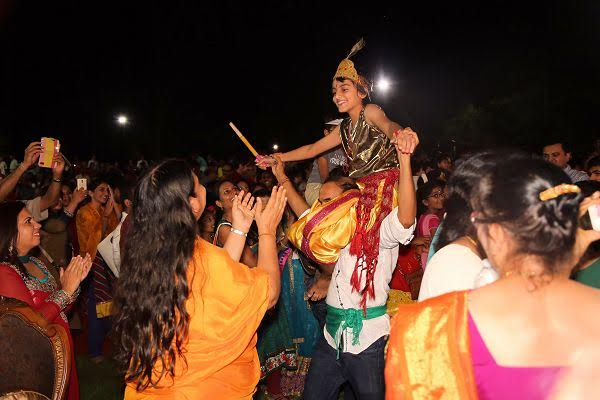 Atlanta,GA: Thousands of Atlanta residents flocked to the grand opening ceremony of the new Radha Krishna Temple and Community Center in Duluth,Georgia, on the auspicious weekend of Janmashtami.  Inaugural ceremonies took place Thursday and Friday – September 3 and 4, culminating on the morning of Saturday September 5, 2015, followed by spectacular birthday celebrations of Lord Krishna until midnight.

Constructed on 16 acres of picturesque and serene woodlands, Yugal Kunj Temple looked resplendent, decorated in colorful flower decorations, handcrafted art sculptures and printed artwork of profound philosophical teachings. True to its name, the temple gave the feeling of a real Kunj, with its naturally lush greenery and an abundance of planted foliage and flowers. 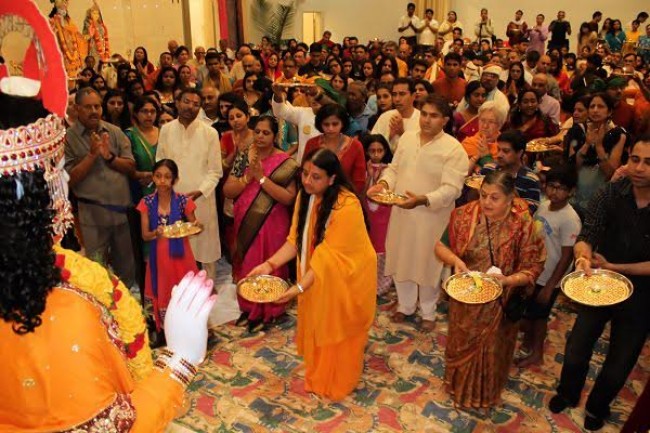 In the days preceding the inauguration, several Havans/Homams were performed for purification of the temple and the deities of Shri Seeta Ram, Shree Hanuman, and Shree Radha Krishna. Unique at these Havans were the devotional chantings of Hare Ram, Hare Krishna sung by devotees that permeated the temple environment with powerful vibrations, as the priests performed the Havans.  In the words of the head priest who performed the havan – “the accompanying chants of the Hare Ram Mantra magnified the impact of the mantras. They were so powerful that they gave me goose bumps”. Over the long weekend, first time visitors were welcomed to the temple with tours of the temple premises, gift of a commemorative inaugural book, and delicious vegetarian food cooked fresh in the new dining hall.

By the time Saturday morning approached, the anticipation of the day’s event was visibly perceptible in the faces of volunteers who had spent hundred of hours preparing for this day.  Dressed in their finest attire, devotees prepared for the Pran Pratishthapan puja ceremony (consecration of the deity moortis), which was followed by Kalash yatra, deity abhishek and the ultimate reveal of the six-feet tall moortis of Siya Ram and Shyama Shyam, who mesmerized the audience bringing many devotees to tears.  The chantings of Hare Rama, Hare Krishna continued in renewed fervor as devotees received their first darshan. Dressed in gloriously glittering attires and sparkling stone-studded shringar, they were breathtaking, enchanting the visitors beyond all their imaginations. 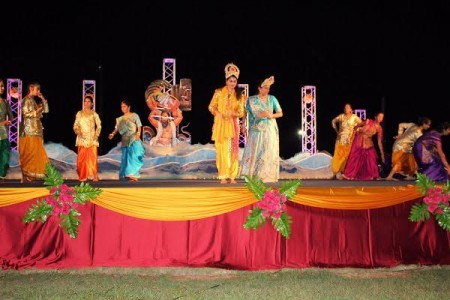 Into the evening, after dinner prasad was served, the soft cool breeze welcomed visitors to the grassy amphitheater for the Janmashtami celebration as the rain clouds held back the thunderstorms. The stage – designed with an artistic Janmashtami-themed backdrop – was inviting.  Community performers and children from Yugal Kunj’s own Gurukul performed to Bal-Krishna based cultural program. Enthusiasm of crowds was sustained late into the night with Dahi Handi (matki) breaking and Dandiya Raas that followed the cultural program. An hour before midnight, the satisfied crowd returned into the temple hall and settled down for satsang and the arrival of the Janm of Lord Krishna, with joyous chanting and dancing. 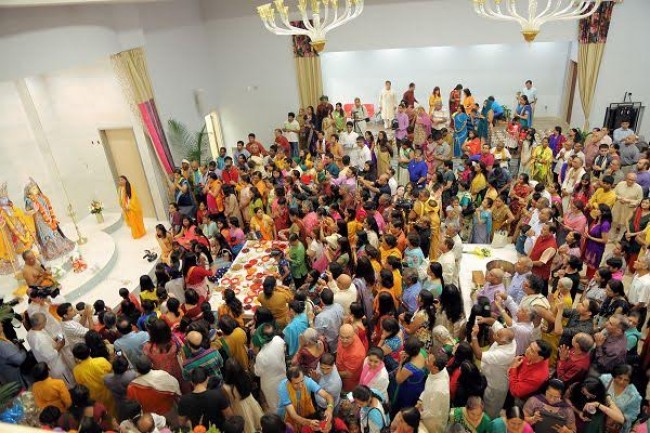 Sushri Siddheshvari Devi Ji, the founder of Yugal Kunj welcomed the community of Atlanta during the entire weekend inviting them back to the temple. “I invite you to make Yugal Kunj your home, get involved with the temple and community center activities, and come back as often as you can,” she said.

For those who have not yet made it to the temple, do visit and experience for yourself the magic of Yugal Kunj.  Also checkout the gallery of photos and videos on the websites at yugalkunj.org and radhamadhavsociety.org or just drive in to experience it for yourself at2769 Duluth HighwayGA30096. 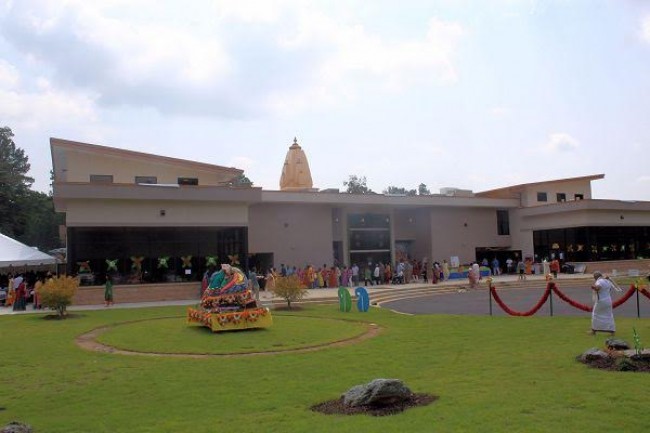