Former Lieutenant Robin Chaurasiya is traveling to the United States in May with 13 girls from her non-profit organization to put up a performance about the lives of the daughters of commercial sex workers in India. Both Chaurasiya’s life and those of the girls are a tale more or less than ordinary. Chaurasiya’s homecoming after five years is sweeter since the play’s debut in the United States has received tremendous support from various institutions there. A special feature by SUPRIYA D.G. 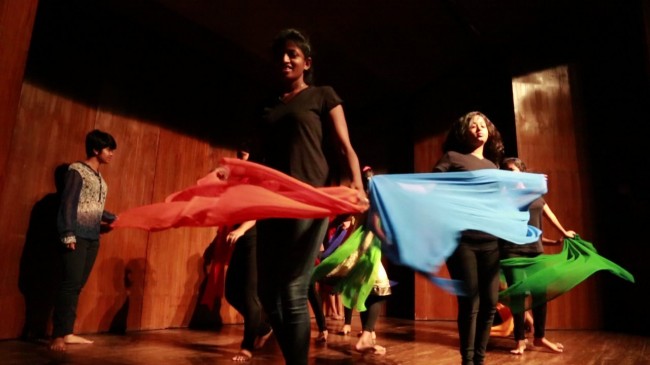 Lieutenant Robin Chaurasiya was waiting for a promotion to be Captain with the U.S Army. What she got instead was a document stating that she was not being granted one but expelled for engaging in homosexual conduct. Soon thereafter President Barack Obama signed the repeal of the “Don’t Ask Don’t Tell” policy which officially came off the books in September 2011. Chaurasiya never looked back though. She founded a Non Profit Organisation called Kranti in Mumbai, along with four other founding members to take up the cause of girls who were children of commercial sex workers or victims of abuse and trafficking. Says Chaurasiya of her decision to stay on in Mumbai, “My traveling shaped me into who I am. I have traveled over 100 countries. I also volunteered and ended up volunteering for an NGO  in India. This place felt like home.”

If Kranti was born out of Chaurasiya’s activist spirit, her childhood as well as her life in the US Army were nothing short of the kind of activism that were required of her. She and the staff at Kranti have had to provide support to nearly 16 girls who were from a very underprivileged background. These girls between the ages of 13 and 19, were mostly children of commercial sex workers, some sexually abused, who came to Kranti hoping to find a better life. The girls undergo therapy and counseling and are give support emotionally and financially to work towards a better future. Chaurasiya recalls her own childhood.

“I grew in a suburb in Seattle with domestic violence. My mother ended up a schizophrenic and we had to figure out our own ways to survive. I joined the US Army to avail of the financial scholarship and even signed a document that said that I would not engage in homosexual conduct, not knowing at that time what it was.” Chaurasiya claims that she entered a domain of global politics and hegemony, struggling to overcome discrimination both subtle and explicit. This she believes singled her out as a target. The curtain fell on her childhood dream of becoming a fighter pilot when the US Army expelled her. Her marriage to a same-sex partner was cited as the offence. But the Army has come a long way since then. 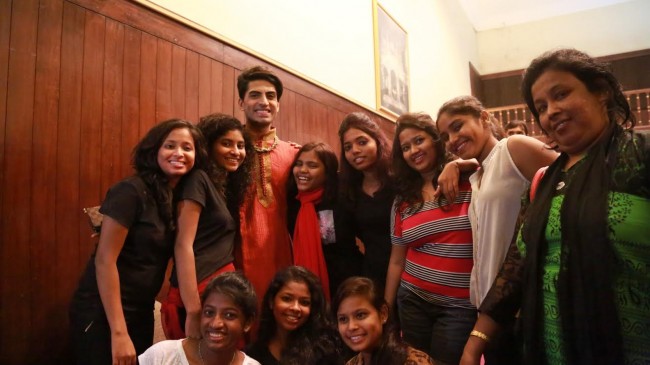 About some of the participants:

During her stint in the Army, Chaurasiya also worked in the office of President Barack Obama who was then the senator of Illinois, on veteran affairs. She was to learn quickly about the policies and discrimination in society, especially as far as minorities were concerned. Chaurasiya says that she dreaded re joining active duty. “I wanted to be happy when I woke up and went to work ”, she says, “ and that is what I do now, since I started working for Kranti. I haven’t slept in the last few hours” she adds. Chaurasiya is referring to the logistics and planning involving her current project, the Lal Batti Express, a play written and performed by the girls at Kranti. The play is scheduled to be performed in several cities in the US from May 9th. The play charts the life experiences of the young girls, their lives in the red light district and their relationships. “The girls are teenagers with a lot of confidence. This play is a perception of themselves as equal to others.” Kranti has managed to raise funds for its stay abroad mostly on goodwill.  A Facebook page created for the Lal Batti Express generated an overwhelming response. The support back in India has been less forthcoming feels Chaurasiya. “I believe that our voices will be much more appreciated in the US.” She is also referring to the lack of support and the challenges that the girls from Kranti have had to face in terms of both routine issues as well as ones involving their travel to the United States.

Kranti however, believes that these girls are agents of social change. “From the awareness of realizing that she is not a victim to getting involved in grass roots work, these girls have come a long way” avers Chaurasiya. Some of the girls have made it big, pursuing their dreams and motivating others to do the same. “But some girls don’t want to talk about their lives. Surviving on a day to day basis is the key. You realize that life is what it is” muses Chaurasiya.

Chaurasiya’s experience with dominant practices, violence and discrimination have enabled her to become a kindred spirit with the girls who have to go through a process of learning and healing, about power and patriarchy about how it is a problem with systems and not necessarily about individuals.

“Laughter is the greatest thing that has happened to us”, reveals Chaurasiya, adding “I have moved from resentment to a space of embracing”. So if the girls talk about their past unselfconsciously, it is perhaps in this very act of talking, that a new history is written, providing the ground for changing systems, proving that even the most marginalized have access to equality.