Back from a study trip to India last year, Chicago university student Michaela Cross recalled it as a visit full of adventures and beauty but also relentless sexual harassment, groping and worse. In a powerful account posted on CNN iReport under the username RoseChasm, Michaela Cross said, upon her return, she was diagnosed with post-traumatic stress disorder and is now on a mental leave of absence from the school after a public breakdown in the spring.

Her story “India: The Story You Never Wanted to Hear” struck a chord around the world, and has been circulated and debated on social media networks and publications. (Read more about it here: www.nripulse.com/us-student-calls-india-a-travellers-heaven-a-womans-hell/) 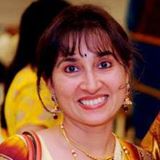 My stomach churned reading the article, “India – a traveler’s heaven, a woman’s hell! A crying shame” (NRI Pulse, September 2013 issue) as many memories came flooding back.

As an air hostess with Air India for seven years, my job took me to so many cities in the US, Europe, Middle East, Far East and Australia. Even in the very economically backward cities in Africa, I have never seen this type of horrendous, “eve teasing”. This Indian brand of sexual harassment is not found anywhere else in the world. In the busy city of New York, one could get mugged or even raped in some situations but I have never encountered such incidents of contrived, accidental, sexual brushing against females even in the very crowded areas there. These incidents may seem relatively benign, harmless and innocuous to some males but they do affect women in a big way. They are very demeaning and affect the psyche.

These incidents seem to be worse and recurrent in the northern parts of India like Delhi and Bihar where such events happen routinely, even on busy streets and even to local women. Armed with their native tongue- Hindi they are at least equipped to raise a ruckus while threatening to beat the offender with their shoes. The naive foreigners must be hesitating at first thinking that the sexual brush they just experienced had to be purely incidental. Eventually they must be seething with rage with the frequency of such accidents and with the realization that if they do happen to make a scene; they only serve as a target for further amusement and free entertainment to the local bystanders.  The police in these areas too tend to treat these incidents as frivolous. If they do indulge the complainant they do so with a view to additionally embarrass the complainant by asking for explicit details and demonstrations so as to gain sexual gratification.

Such incidents of supposedly accidental sexual brushing against females are common even in the cosmopolitan progressive city of Mumbai. Trains, buses and crowded streets provide ample opportunity and anonymity for these transgressions. I have seen foreigners in the elite areas of Mumbai especially in the area around Taj Mahal Hotel in Colaba being routinely harassed by the stall holders and hoodlums. Our locals – even educated ones, ignore such happenings and turn a blind eye pretending not to notice. Many others take perverse pleasure and watch the spectacle with amusement. Thankfully I have never seen such incidents during my travels to the south like Trivandrum or Madras.

The lady talked about random calls in her hotel room with somebody breathing heavily into the phone. Yes this happens too. The calls are persistent and very scary especially at night and happen even in the 5 star hotels situated right in the heart of town.

As Indians we are so rightly proud of our country, culture, heritage and progress. Unfortunately this is a dark spot of shame on our beloved country with no solution in sight. Sadly there are only halfhearted rudimentary efforts to remedy or raise awareness to improve the situation. It is now just an annoying, accepted norm to most of us. Instead of blaming Ms Cross for her improper selection of hotels in Goa or saying that the problem of rape is a global phenomenon it behooves us to accept responsibility and remedy this unacceptable animal behavior from our local males.

We as Indians living in the US are so excited to introduce our younger generation to the India – the land of our dreams, the land where we grew up. We warn them about the heat, the garbage, the lack of infrastructure and the pollution in certain parts and yet neglect to address this peculiar perverse behavior of our local male population which is a widely accepted part of our society. Granted this has faded in our memory after living in the US for so many years but it will surely be experienced by our innocuous daughters and granddaughters on some visit to India, when they would demand an explanation from us. We have to fess up to the fact that indirectly we are to blame for tolerating, putting up with and accepting this type of behavior in our male citizenry. Granted this is not the case with most of the male population living in India and that most people in India are very helpful and kind hearted. But after living in the US for 20 years I cringe to think that we have still not taken the time to raise a hue and cry and make an issue of this small yet legitimate segment of ill-bred male populace which has pervaded our social structure for generations. Thank you, Michaela Cross for taking the time to remind us of this terrible norm prevalent in our society. We owe it you, other visitors and the pride we have in ourselves as Indians to deal with this nasty, ugly shameful menace that perpetuates our society.

Baba Ramdev Urges Indian-Americans to Get into Politics