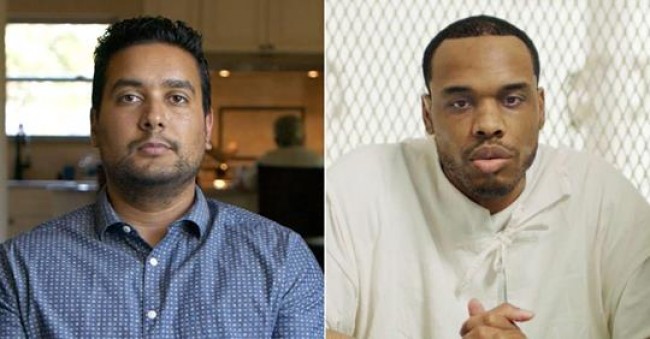 Atlanta, GA, July 20, 2018: A Texas man convicted of the robbery and murder of an Indian-American convenience store owner in 2004 was executed earlier this week, despite a high-profile plea from the victim’s son to save his life.

“I want to make sure the Patel family knows I love them like they love me,” Young said in his final statement, reports San Antonio Express News. “Make sure the kids in the world know I’m being executed and those kids I’ve been mentoring keep this fight going.”

“When we as a family look back on what Hasmukh stood for, and the values that he instilled in his family, we can look for the good in people; including looking at the good in Christopher Young,” Patel’s children, Mitesh Patel and Rinal Doshi said in a statement Tuesday evening. “The man that was executed today by the State of Texas was not the same man that killed Hasmukh Patel. Christopher was a father to his daughters, and a man who desired to break the chain of gang violence through mentorship.”

Young, who was 21 at the time of the crimes, never denied he killed Hash Patel.

Mitesh fought for Young’s life to be spared. He believed executing Young wouldn’t solve anything or take away his family’s pain. He didn’t want Young’s daughter Crishelle to experience what he did- the pain of losing a father.