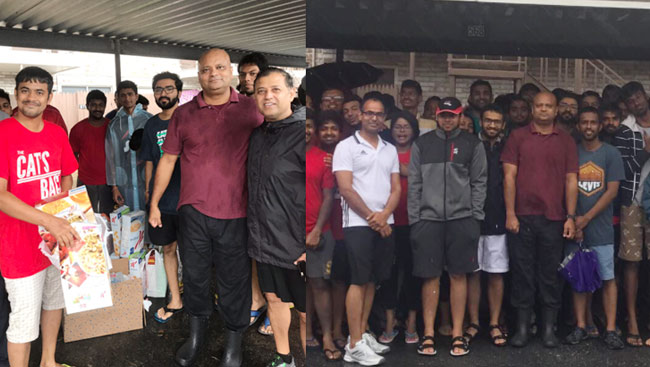 Washington, Aug 29 (IANS) With some 200 Indian students of the University of Houston affected by floods in the wake of tropical storm Harvey, the Indian mission in the Texas city on Tuesday shared helpline numbers for worried families and relatives back in India.

“We are getting understandably a number of communications from worried friends and relatives in India seeking details about family and friends in distress in Houston due to flooding or informing us about whereabouts of friends/family who might require rescue,” Indian Consul General in Houston Anupam Ray said in a statement.

“We will do our best to help in every such case,” he said.

Ray said that for specific queries about specific individuals, Consul Ravindra Joshi can be contacted at +18322311988, adding that the normal emergency line, +17136262149, was functioning.

“In case the lines are overwhelmed please leave a voice mail and we will return the call,” he added.

As one of the most destructive storms in the US history lashed southeast Texas, forecasts have warned of still more rain, making clear that massive flooding that had turned neighbourhoods into lakes was just the start of a disaster that would take years to overcome, The New York Times reported.

So far, 10 deaths were reported with six of them in Harris county which includes Houston, the country’s fourth largest city, the report said.

“We made efforts for delivery of food but US Coast Guard did not allow as boats were required for rescue operations,” she said.

However, later in the evening, Consul General Ray said that the Indian students were safe and have been provided with food.

Woman who inspired "Swades" stopped by US cops while on stroll