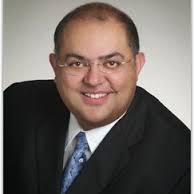 Washington, June 15 (IANS) Indian-American cardiologist Suresh Gadasalli was shot dead last week at the Healthy Heart Centre in Odessa, Texas by a patient and business associate who then killed himself, according to police.

Thangam then closed the door of the room the two men were in and witnesses heard another single gunshot, it said.

Gadasalli was in the Odessa area since 1993, and became prominent by performing cutting-edge heart surgeries, helping open Alliance Hospital before it was purchased by Odessa Regional Medical Center in 2007, according to local OA online.

Gadasalli was named ‘Community Statesman’ in 1997 by the Heritage of Odessa Foundation.

He reportedly performed the world’s first simultaneous hybrid revascularization, and he was nominated as “Super Doctor” by the Texas Monthly Magazine in 2008, it said.

Gadasalli was also previously investigated in a federal court case on a currency structuring charge, the news site said.

The FBI began their investigation into the Healthy Heart Center in June 2012.

According to court records, Gadasalli’s case was closed on January 22, 2014.