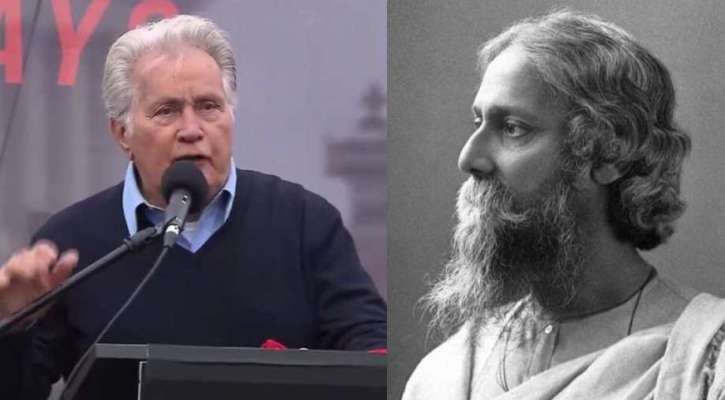 CNN reported that Sheen and Joaquin Phoenix were among the 147 people arrested at Friday’s climate action protest organised by Jane Fonda on Capitol Hill on January 10.

Fonda’s weekly initiative ‘Fire Drill Fridays’ confirmed that the two actors were arrested this week, while the US Capitol Police verified that 147 people were arrested during Friday’s protest on charges of crowding, obstructing or incommoding.

Speaking after Fonda, the actor had words of praise for women. “Clearly, the world will be saved by women. Thank God they outnumber us men”, Sheen commented.

Sheen then quoted an Irish parable, the one he earlier quoted as one of his “four pieces of advice for the next generation” for Time magazine.

Speaking to his audience, Sheen exhorted them to act for something that can ‘lift up the nation to that point where the heart is without fear, and the head is held high’.

Sheen recited the poem, without citing his source.

Sheen recited Tagore’s poem in 2016 too, while urging the American people to vote, and act for the betterment of their country.