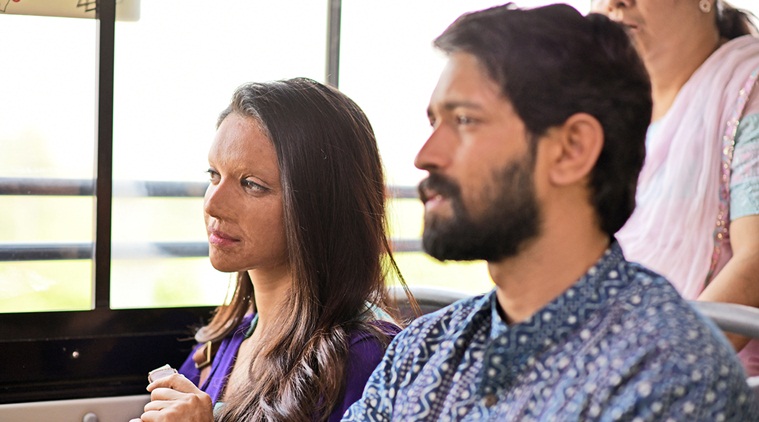 Meghna Gulzar’s “Chhapaak” is a hard film to watch. It is brutal in impact, horrifying in its depiction of pain and trauma, and seems a tad too long despite a runtime of just around two hours given the heavy subject at hand.

At the end of it you feel “Chhapaak” could only have been this way.

For all its bleak packaging, “Chhapaak” isn’t a story of despair. Narrating the story of acid attack survivor Laxmi Agarwal (rechristened here as Malti), this can ultimately be seen as a story of hope. The film is about the victim’s constant battle to overcome seemingly insurmountable depths of hopelessness, and it underlines the fact that the most important thing in life is life itself.

The story traces about 13 years in the life of Malti, played by Deepika Padukone, from the time she was a class XII student when the bestial attack happened on her, right through the years when she waged a legal battle for justice.

As the story takes off, Malti is struggling to get a job. Seven years into her court case she still hasn’t given up hope. She is associated with an NGO that campaigns against acid attacks, and is run by Amol (Vikrant Massey). Through the ordeals of other victims like her, Malti finds a purpose in life — she works diligently at garnering support for a PIL advocating the ban of the open sale of acid.

Malti’s undying effort to rise above the tragedy that has altered her life seems to define the film’s title. “Chhapaak” translates to the short, sharp noise of a liquid, in this case acid, landing on a surface, in this case the victim’s face. The impact of such an action could be momentary, but the effect of such a sound could ring a while longer. The moment of attack in Malti’s life is similarly a very brief one, though its outcome resonates through almost everything she does for the rest of her life.

Meghna Gulzar has collaborated with Atika Chohan to write the film. Chohan scripted “Margarita With A Straw” in the past, and Meghna’s recent efforts have included “Raazi and “Talvar” — films that revealed superb storytelling acumen.

The build-up of the script is just right. As we are led into Malti’s world, and we get a glimpse of what she has gone through, you are fully hooked to the narrative long before intermission point.

However, the later portion should have been tighter. The courtroom drama, particularly, needed better writing. It could have been more engaging. The melodrama spun around the protagonist’s romantic track also distracts at times, although Deepika and Vikrant do share the odd moments that act as brief poetic interludes amidst the sombre text.

Meghna Gulzar has written and directed a film that seems wholly tailormade for Deepika, a reason why almost every other character, including Vikrant Massey’s Amol, seems underdeveloped. Many of the characters, including Malti’s father and brother, vanish midway.

Despite the fact, Massey and Madhurjeet Sarghi (as Malti’s lawyer) are impressive.

The stage is left wide open for Deepika to shine in the most demanding role of her career yet. She does meet the demands of being Malti. She is subtle in scenes that require her to merely express Malti’s emotions with her eyes or a smile, just as she judiciously avoids hamming even when she has to scream out loud staring at her distorted face before the mirror.

As a commentator, Meghna Gulzar drives home a solid message about a few societal ills the harsh way. As a storyteller, however, she has done better with “Talvar” and “Raazi”. Her new film is disturbing and yet relevant, while jolting you out of your senses. But somewhere down you get the feeling that the filmmaker is too overwhelmed with her subject matter.