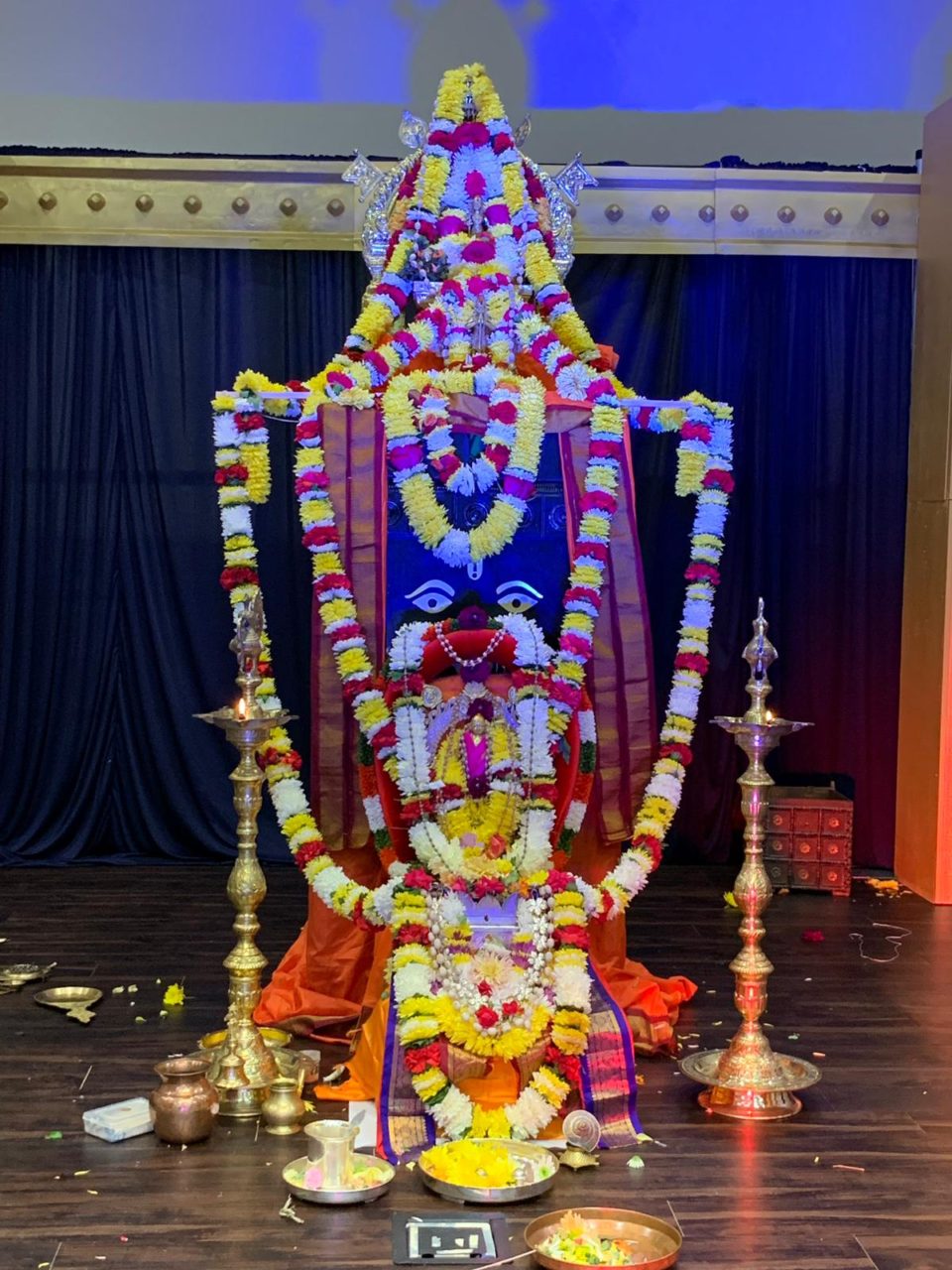 Traditionally a three-day occasion, the main event was held on August 17 where well over 500 devotees participated in the celebrations with various offerings to the Lord including Abhisheka, Hastodaka, Kanakabhisheka, Ranga Pooja and Annadana (food distribution) performed in true Indian style.

“The traditional chanting of very deep Vedic mantras created an aura and you could feel the devotion deep among the devotees gathered there,” said Ajay Madhwesh, one of the organizers of the event.

A Pravachana (discourse) by Bhavana Prabhu elaborated on the life and times of Guru Raghavendra Swamy since his childhood to his entrance into Brindavana where he is believed to still reside and assist his devotees. Prabhu highlighted the traditions that are part of the Guru Raghavendra Swamy celebrations as well as the lineage.

Various cultural performances by popular music and dance academies across Atlanta offered their art form to the Lord. A wide array of food delicacies prepared and served in tradional Udupi Mata style enhanced the devotional experience.

A Hindu scholar, theologian and saint, Guru Raghavendra’s diverse oeuvre includes commentaries on the works of Madhwa, Jayatirtha, Vyasatirtha, interpretation of Upanishads from the Dvaitaand standpoint a treatise on Purva Mimamsa. An accomplished Veena player, he has composed several songs under pen name Venu Gopala. He served as the pontiff of Madhwacharya Mutt at Kumbakonam from 1624-1871. His Brindavana, where he is believed to have entered Jeeva Samadhi at Mantralayam in Mantralayam, Andhra Pradesh attracts thousands each year.

Madhu Gulati donates $130,000 to Sankara Nethralaya in memory of her in-laws