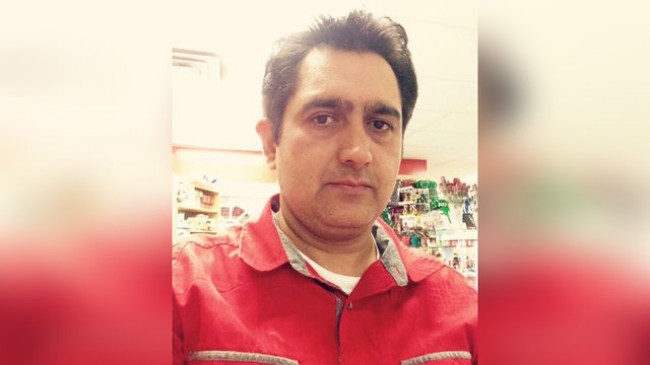 Parmjit Singh, 44, was shot multiple times on Tuesday at his Hi-Tech Quick Stop on Burnett Ferry Road. The father of two high school students was pronounced dead on the scene, the US media reported.

The gunman was identified as 28-year-old Lamar Rashad Nicholson. The police said there was no robbery or altercation in the first incident, myajc.com reported.

“For whatever reason after he stuffed his pockets full of money he shot the clerk anyway,” Rome Police Lt. John Walters told Fox News.

Patel was in critical condition at Floyd County Medical Centre.

Nicholson was later arrested on multiple charges including murder, aggravated robbery, aggravated assault, possession of a firearm while committing a crime and use of a firearm by a convicted felon.

He was being held without bond in the Floyd County Jail.

Nicholson, a convicted felon, was not charged with robbery in the first shooting. The police said footage from the initial location showed that the gunman just walked into the store and fired three shots at Singh, who was behind the counter.

Another employee, a female, was standing off to the side and was not injured. The gunman was in the store for less than 12 seconds, the police said.

Nicholson was arrested just a few weeks ago for violently snatching up his 3-year-old daughter by the arm, according to a report from the Floyd County sheriff’s office.

He faced charges of child cruelty, disorderly conduct and simple battery in connection with that incident.

Parmjit Singh’s brother-in-law Harry Singh remembered him as a “personable man who was friendly with everyone he met”.

Harry Singh told myajc.com that his brother-in-law started out driving limousines in New York before moving to Michigan to get into the convenience store business.

“He moved to Georgia about five years ago to be closer to family and ended up owning two stores in Rome, one on Martha Berry Boulevard and another on Burnett Ferry Road, where he died.”