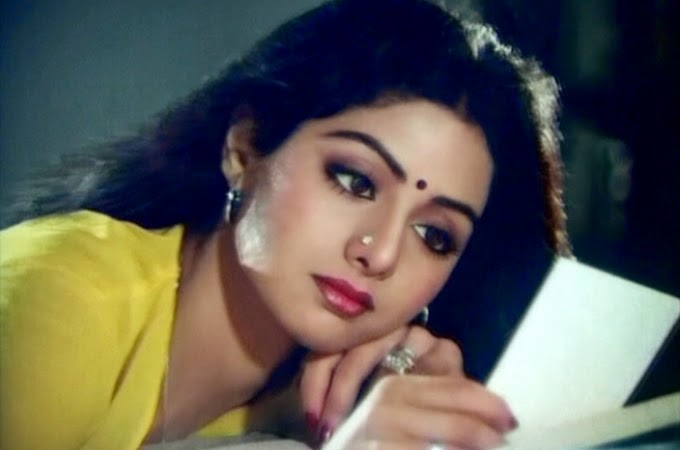 Mumbai, Feb 23 (IANS) “It will never ever register that Sridevi is not there”. Anupam Kher puts the sentiment of fans, family members and fraternity friends in just the right words a year after the demise of the enigmatic actress, who lived the cinematic dream for 50 years.

A regular Sunday morning turned one full of disbelief as Sridevi’s fans the world over woke up to the news of her abrupt death in Dubai in a hotel’s bathtub on the night of February 24. Only a day or two earlier, social media enthusiasts were lapping up her impeccable fashion taste at a family wedding she was attending. At 54, she was gone in a jiffy.

“It is something lots and lots of fans of her, including me, will live in denial of because it was so sudden, so shocking and so abrupt. Yet, the reality is one year now,” Anupam told IANS from New York.

Sridevi’s tryst with the arclights began at a tender age of four with a devotional film “Thunaivan”. There was no stopping her from experimenting with genres, languages, looks and characters, leading her to become one of the most formidable actresses of the 1980s and 1990s in Bollywood.

She slipped into myriad roles – whether the double role in “ChaalBaaz”, as a woman with retrograde amnesia in “Sadma”, a shape-shifting woman in “Nagina”, a goofy crime journalist in “Mr. India”, the warm mother act in “English Vinglish” or the fierce and revengeful mom in “Mom” – as effortlessly as she won hearts with expressive eyes, comic timing and her fluid dancing skills.

The sea of fans during her last journey in Mumbai was proof of the love she garnered over the years.

“I have never seen so much adulation for any actress in my entire career. According to me, she was one of the finest actresses, even internationally, that I have ever worked with or seen,” said Anupam, who described her as “unassuming, real and humane”, apart from having a great sense of humour in real life.

Anil Kapoor, Sridevi’s brother-in-law and co-star of several films, including the iconic “Mr. India”, says there’s a certain emptiness that the family always feels whenever there is any occasion in the house or a get-together.

“Her presence is irreplaceable,” Anil told IANS, and added: “With time, we get over people and their presence… and then there are some personalities whose presence, enigma, beauty, and body of work, everything is memorable. She is that personality.”

Satish Kaushik, who has acted with and even directed Sridevi, told IANS: “It was not only a personal loss, but also a huge professional loss because it is hard to find an actor who is so dedicated and disciplined. I really wanted to make a film and cast her, but that wish remains unfulfilled.”

Sridevi let career take a backseat after she married producer Boney Kapoor, and focussed on being a mother to daughters Janhvi and Khushi, before facing the cameras again with “English Vinglish”. Her comeback was a rare success for a female actor in Indian cinema.

“The most special memory of her is of having the honour to have directed the most magnificent actress on earth… to have held her hand, to have hugged her and felt the warmth that is so special,” Shinde told IANS.

Actor Adil Hussain, who played Sridevi’s husband in the film, said she was often the centre of attraction in a room because of her presence and beauty, but Sridevi would make herself almost non-existent so that she could absorb the world silently.

“Doing that for an actress of her stature is tough. But it’s something she managed. She was a true actress who loved her art… She was a simple, humble, quiet individual who was a brilliant actress that the nation loved.”

Udyawar, who is glad about having explored a different side of the actress in a revenge drama, wanted to do a comedy film with her.

“We were starting a new chapter to explore the actress in her that the world didn’t see before. But things got over and finished even before we imagined.”