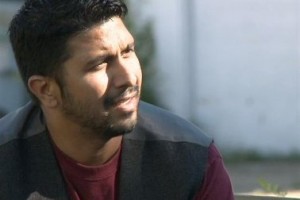 Kaleka, son of Satwant Singh Kaleka, one of the six Sikh worshippers killed in Oak Creek Milwaukee gurdwara shooting in August 2012, announced Monday that he wanted to run for Congress, and was ready to go up against Ryan, the current chairman of the House Budget Committee.

“I was continuously asked by community leaders in that area, and families in that area,” Kaleka was quoted as saying by 620WTMZ, Wisconsin’s radio station.

The Milwaukee resident, who spent the last year fighting for stronger gun legislation, believes Washington is more about politics than people and knows it won’t be easy going up against the political powerhouse and Ryan’s sizable campaign coffers, the station said.

“He is part of an elite class of people. And so Wisconsin is full of middle class people. I think they’re going to understand exactly what I talk about,” he was quoted as saying.

His campaign focus is economic reform and government spending, and making a difference in honour of his father, the radio station said.

“Oh, I think he would be proud and honoured because he was a leader that was democratically elected. He really understood democracy and wanted the nation to move that way and that’s essentially what I’m trying to do for him.”

Kaleka will file his paperwork Wednesday to form an exploratory committee. He plans to move to Franklin, Milwaukee, full-time in November when he’ll officially announce his candidacy.