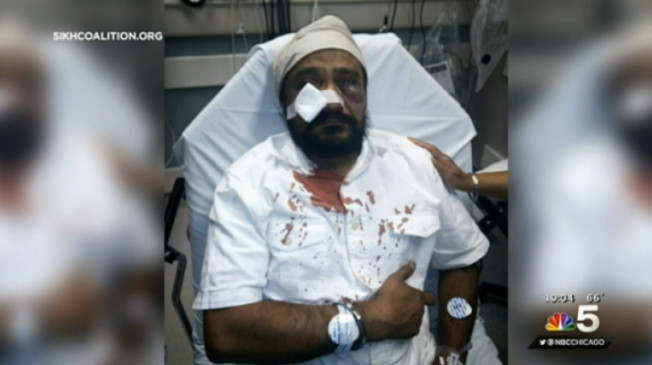 Washington, March 31 (IANS) Sikhs in the US are reporting an increase in violent threats and harassment against the community amid rising incidents of hate crimes against Indian Americans in the country.

Chairman of the Sikhs Political Action Committee (SikhsPAC), Gurinder Singh Khalsa, said so far there have been two death threats and two reports of vandalism against Sikhs in the state of Indiana, TheIndyChannel.com, an ABC Television Network affiliate, reported on Thursday.

One incident included a direct threat against a Sikh from a man carrying a handgun in Fishers city, according to the report.

“Somebody showed him the gun and asked him: ‘Who are you? What country do you belong to?'”

Khalsa said there have been other incidents too where Sikhs were threatened.

Sikh-American physician Amandeep Singh said he was directly threatened last week with a text message and doesn’t understand why this is happening to Sikhs around the nation.

Singh said he felt a range of emotions after the threats, including fear for his family and his patients.

“Fear, especially if you have family, kids, the safety of your family and kids, that comes to mind first,” said Amandeep. “Then you try to make sense of it.”

“I believe I’ve been living here 14 years and never experienced anything like that specifically,” Singh said.

“My job is serving the people you know, everyday I’m there for the people and taking a stand with them and serving the community. It was hard for me to comprehend even something like that coming to somebody’s mind.”

SikhsPAC has contacted the US Attorney General’s Office and is working with law enforcement. The threats were under investigation.

Indiana is one of only five states in the US without a hate crime law, said the report.