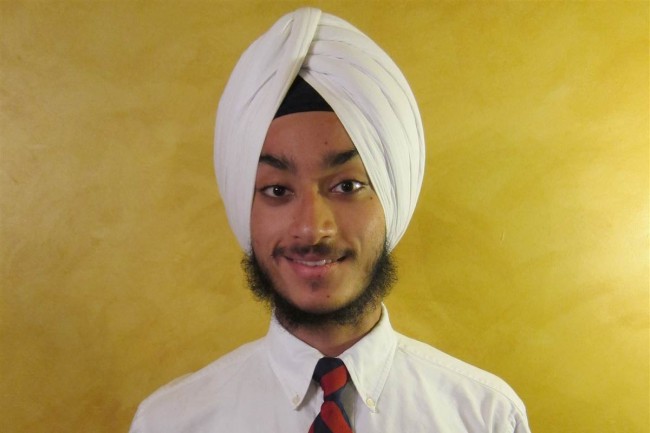 New York, April 20 (IANS) A Sikh-American teenager who authored a book about bullying that the community faces in the US was forced to remove his turban at the Meadows Field Airport in Bakersfield, California, a media report has said.

Karanveer Singh Pannu was heading for the annual Sikh Youth Symposium – a public speaking competition held in Bakersfield but was forced to remove his turban by Transportation Security Administration (TSA) personnel, NBC News reported this week.

“I had gone to talk about my book as an inspirational speaker to address all the kids participating in the annual Sikh Youth Symposium,” Pannu was quoted as saying.

According to him, after going through the metal detector at the airport, he was asked to do a self-pat down of his turban and a chemical swab test for explosive material.

After a positive swab test, he was taken to a secondary screening room to be given a full pat down and was asked to remove his turban to be further scanned, the report added.

“I refused at first but when they threatened me that I could not fly, I agreed, provided they gave me a mirror to retie my turban,” said Pannu who wrote the book titled “Bullying of Sikh American Children: Through the Eyes of a Sikh American High School Student.”

“Before I removed my turban, Agent Hernandez asked the dreaded asinine question, ‘Is there anything we need to be aware of before you remove your turban?’ I politely answered that there is a lot of long hair and something called the brain underneath,” he was quoted as saying in the report.

Meanwhile, the TSA declined to comment on the specifics of any individual passenger’s screening experience.

They said officers offer a private room whenever additional screening requires the removal of religious apparel.

Pannu, however, said he felt “utterly humiliated, shaken, distraught” by the experience.

In 2007, the TSA revised its screening procedures for head coverings based on discussions with the Sikh community.