This year, the competition was held for 12+ years on November 8 at Ivy League Academy.  The day started with the invocation by the junior category prize winners of the previous year’s competition. There were 22 participants grouped in three segments based on their lessons level.

Five prizes were allotted in each category. A special prize for ‘Best performer of the day’ was introduced this year. This was won by Smruthi BalaSubramaniam who also won the first place in the kriti segment. 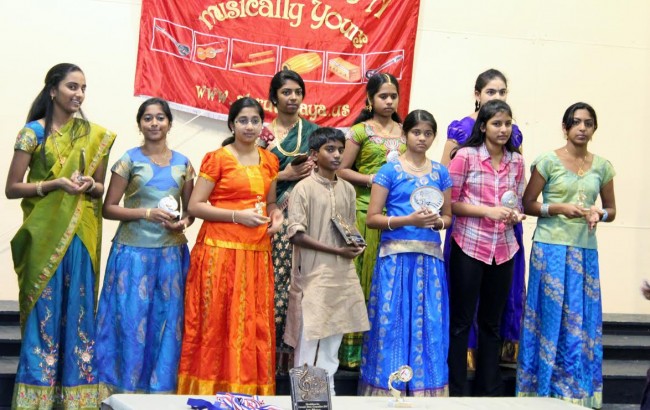 Manodarmam, advanced and improvised singing was one of the highlights of the competition. Anish Anand Nair won the first place in this segment.

The judges made the competition very educative and informative for many students and parents. Many parents thought it was similar to a Carnatic Idol program, as the judges were so involved with the kids and imparting knowledge. The judges got the kids to think about this art form beyond a matter of memorizing and reciting.

The competitions have over the years inspired many kids to showcase their talents, and to get better in their singing.