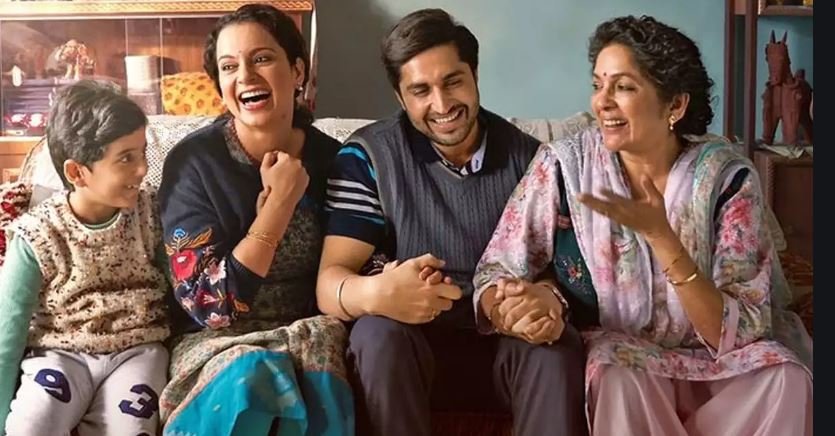 New Delhi, March 22 (IANS) Movie theater chains are closed. Small screen is full of re-runs. So what do you watch to pass time while staying indoors amid all the coronavirus chaos? Well, theres enough time right now for marathon binge-watching. Streaming giants have diverse content to keep you hooked.

In the wake of coronavirus outbreak in India, the government has issued guidelines, urging people to adopt social distancing and avoid going out. So, people have a lot of time to spend at home, and a chance to catch up on binge-worthy TV shows, classic series and new movies.

IANS suggests a few shows/movies you can watch while you are snuggled up at home.

* Parasite
The Oscar-winning drama “Parasite” will be making its digital debut on Amazon Prime Video India on March 27. Directed by South Korean filmmaker Bong Joon-ho, who made history by winning Best Picture Oscar for the film, “Parasite” follows the lives of a poor family, the Kims as they con their way into becoming the servants of a rich family, the Parks. But their easy life gets complicated when their deception is threatened with exposure.

* Pandemic: How To Prevent An Outbreak
Amid the worldwide coronavirus pandemic, watch the Netflix docu-series, which is about men and women on the front lines to fight against an influenza. Each episode follows them and their efforts to stop the next global outbreak of the disease.

With all the idiosyncrasies, quirky behavior, cultural one-liners, including a lot of Indian references courtesy British-Indian actor Kunal, as well as dating fundas — the story that highlights the personal life of scientists and geeks was loved by one and all, making it a phenomenon.

* Asur
Actor Arshad Warsi’s digital debut psychological thriller series “Asur” showcases the conflict between good and bad. The show, which streams on Voot Select, takes the audience on a journey of two opposing worlds — forensic science on the one hand and the mysteries of Indian mythology on the other.

* Blow The Man Down
The dark female-led murder mystery, available on Amazon Prime Video, is about Mary Beth and Priscilla Connolly who are trying to cover up a gruesome run-in with a dangerous man. To conceal their crime, the sisters go deep into the criminal underbelly of their hometown, and uncover some dark secrets.

* Street Dancer 3D
Varun Dhawan-Shraddha Kapoor dance film “Street Dancer 3D” is also available on streaming service to provide the much-needed dose of entertainment. The film highlights India-Pakistan issues through the scope of dance and music. It is available on Amazon Prime Video.

* Panga
Actress Kangana Ranaut’s “Panga” is also streaming on Hotstar VIP in this difficult time due to the global outbreak of coronavirus. Directed by Ashwiny Iyer Tiwari, “Panga” also features Neena Gupta, Richa Chadha and Jassie Gill. The film, released on January 24, revolves around a kabaddi player, played by Kangana, who wants to make a comeback in the game after marriage and motherhood.

* Maska
Actress Manisha Koirala’s Netflix original film “Maska” promises to bring forth the roots and heritage of the Parsi culture. The film, also starring Prit Kamani, Shirley Setia and Nikita Dutta, is a coming-of-age story that promises to take the audience through a “journey to understand the difference between dreams and delusions”. It will go live on March 27.

* She
Written by Imtiaz Ali, “She” is the story of a police constable, Bhumika Pardesi, who is assigned a dangerous undercover police operation in the volatile underbelly of Mumbai, and is forced to depend on her survival skills. It stars Aaditi Pohankar, Vijay Verma, Vishwas Kini amongst others.

* Ozark Season 3
Jason Bateman, Laura Linney and Julia Garner will be back with the season three of “Ozark”, a thriller drama set in the dark and dangerous world of drug-money laundering. The third season of “Ozark” picks up six months after the events of Season 2. The casino is up and running, but Marty (Bateman) and Wendy (Linney) are fighting for control of the family’s destiny. It will go live on Netflix on March 27.

* Four More Shots Please! Season 2
After the success of the first season of the Amazon Original series, the second season of “Four More Shots Please!” will go live on April 17. The second part will pick-up from the previous season’s cliffhanger ending, bringing back stories of four unapologetically flawed ladies who live, love, blunder and discover what it really takes to build everlasting friendships in Mumbai.

* Money Heist Part 4
“Money Heist” will be back on Netflix for part 4. It is slated to release on April 3. While part three was about the surviving members of a misfit band of bank robbers getting the band back together, the fourth part will take Tokyo, the Professor and the whole gang, Berlin, back to Madrid to clean out the Banco de Espana (Bank of Spain).