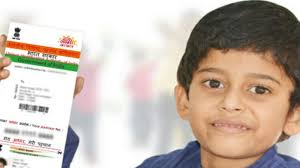 Vancouver, May 16 (IANS) There are serious concerns about the collection of biometric data for Aadhaar cards in India and these must be allayed, a former State Department official who is considered an expert on social media and cyber-crime issues has stressed.

“I don’t want to meddle in India’s politics. But there are concerns (about collection of personal details for Aadhaar card),” Jared Cohen told IANS on the sidelines of the third annual BCTECH Summit here.

Cohen is currently the CEO and Founder of Jigsaw, a Google arm started to tackle threats to online security.

He conceded there are arguments on the merits of the Aadhaar system but there are also concerns that must be addressed.

Cohen did not want to comment on the case before the Supreme Court, whose constitution bench has reserved judgement in the PIL which wants removal of the mandatory requirement of Aadhaar for enjoying benefits of government services and for opening of bank accounts and buying telephone services, among others.

The petitioners have also expressed concerns over the personal details of crores of card holders being accessed by unauthorised parties.

When asked what he expected from the Supreme Court judgement, Cohen repeated: “I don’t want to meddle in India’s politics.”

Cohen was one of the members of policy planning staff of US Secretary of State Hillary Clinton. He played a role in helping shape counter-radicalisation strategies and advised on US policy towards Iran and the Middle East.

Beginning in April 2009, Cohen aided delegations focused on connecting technology executives with local stakeholders in Iraq, Russia, Mexico, Congo, and Syria. He had also worked with another US Secretary of State, Condoleezza Rice.

In the midst of the June 2009 protests in Iran, Cohen sought to support the opposition in Iran. He contacted Twitter, requesting that the company not perform planned maintenance that would have temporarily shut down service in Iran, because the protestors were using Twitter to maintain contact with the outside world.

According to Ryan Lizza from The New Yorker, “The move violated Obama’s rule of non-interference and White House officials were furious.” In an interview with Clinton, she “did not betray any disagreement with the President over Iran policy,” but “cited Cohen’s move with pride.”

While serving on the policy planning staff, Cohen became an advisor to Richard Holbrooke, who was the first Special Representative for Afghanistan and Pakistan. He took several trips with Holbrooke to Afghanistan, where he helped develop some of the early strategic communications strategies.

Earlier, speaking at the plenary session of the summit which began on Tuesday, Cohen said it was difficult to produce technology solution for more than 10 years with any certitude.

But what he observed was that change and innovation happens earlier and faster than expected. “We are constantly surprised at what innovation can do,” he told the gathering.

Participating in a session titled “The New Digital Age Transforming Businesses”, he said data was the most valuable man-made resources but cyber crimes were growing.

Cohen described fake news as one of the many disinformation campaign to influence people accompanied by cyber-bullying and patriotic trolling with government funding.

There are 194 countries actually attacking each other on a daily basis which includes corporate espionage. “Information security breaches happen in real time before you can realise. This is something states have to recognise and tackle. It is the challenge on the horizon.”

Speaking at the opening session, Anthony Salacito, Vice President, Education at Microsoft, said that teachers do not have to rethink about their role because of evolving technology.

“Actually, it is the reverse. It is the recongition that education is the engine of development and learning has changed. The students’ generation today is called digital and the workplace has changed,” he noted.

Salacito said Artificial Intelligence (AI) can play a role in every field.

“AI begins with data collection, display, prediction of outcomes and then drive outcomes. How AI can drive human ingenuity potential and amplify it is the current trend,” he added.

He referred to “Project Sangam” introduced in Andhra Pradesh and Kerala under which, students are initiated into why they learn and what they learn so that it just does not limit to getting them a job but building on skills to higher achievement.

Salacito also talked about how Microsoft has developed learning tools that help dyslexic children read, a big empowerment of them.

BC TECH is an annual event that enables the wide talent in technology companies across the world come together and exchange ideas and enter into mutual tie ups.

Over 270 companies including giants like Microsoft, Google and Amazon representing $200 billion in value are attending the event. British Columbia province in Canada is home to scores of start-ups as well as giants in technology.

The three-day summit has been organised by Government of British Columbia and the BC Innovation Council (BCIC).