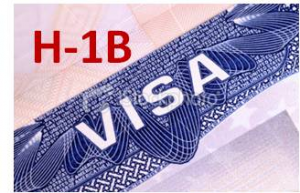 Washington, March 20 (IANS) Amid a contentious debate over comprehensive immigration reforms, a top Republican senator has introduced a bill to eliminate what he calls “fraud and abuse” from H-1B visa programme coveted by Indian techies.

Introducing a bill to bring “much needed reform” to the H-1B and L visa programmes for skilled workers and corporate transfers respectively, Chuck Grassley, top Republican on the Senate Judiciary Committee, said it would help ensure that Americans are given top consideration when applying for jobs.

The bill, he said, would provide a good basis for H-1B reform in the comprehensive immigration bill being put together by a bipartisan group of senators to put America’s 11 million illegal immigrants, including some 250,000 Indians, on a path to citizenship.

“The legislation will benefit the American worker, while still ensuring that US companies get the specialised workers they need,” Grassley said

The senator cited a 2008 US Citizenship and Immigration Service suggesting a more than a 20 percent violation rate by those who use the H-1B visa programme.

He also cited recent data from fiscal 2012 revealing that the top 10 companies that use the programme are offshoring firms that take up nearly 50 percent of the visas available.

Key points of the legislation include: requiring all companies to make a good faith effort to hire Americans first; prohibiting employers from advertising only to H-1B visa holders; and prohibiting companies from outsourcing visa holders to other companies.

It also requires that an H-1B application filed by an employer that employs 50 or more US workers will not be accepted unless the employer attests that less than 50 percent of the employer’s workforce are H-1B and L visa holders.

Accounting for one-tenth of non-immigrant residents in the US, 364,757 Indians were only second to the Mexicans who made up 11.7 percent at 403,793, but 123,002 H1B visa holders from India gave them the largest 36.3 percent share among professionals.