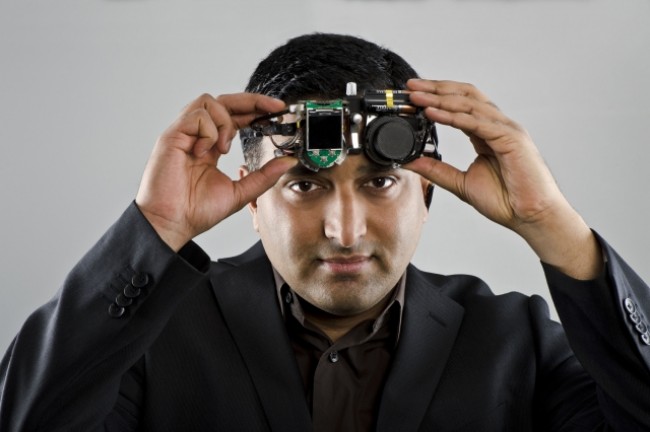 Washington, Sep 14 (IANS) An Indo-American imaging scientist and inventor at Massachusetts Institute of Technology (MIT) has been conferred with the prestigious Lemelson-MIT Prize for his path-breaking inventions to improve lives globally.

“We are thrilled to honor Ramesh Raskar, whose breakthrough research is impacting how we see the world,” said Dorothy Lemelson, chair of the Lemelson Foundation, in a statement on Tuesday.

Ramesh Raskar, who is the co-inventor of radical imaging solutions including femto-photography — an ultra-fast imaging system that can see around corners — low-cost eye-care solutions for the developing world, and a camera that allows users to read pages of a book without opening the cover, was awarded with the $500,000 prize, one of the world’s largest single cash awards for invention.

The technology, currently in development for commercialisation, uses ultrafast imaging to capture light at 1 trillion frames per second, allowing the camera to create slow motion videos of light in motion.

“Ramesh’s femto-photography work not only has the potential to transform industries ranging from internal medicine to transportation safety, it is also helping to inspire a new generation of inventors to tackle the biggest problems of our time,” Lemelson added.

“Everyone has the power to solve problems and through peer-to-peer co-invention and purposeful collaboration, we can solve problems that will impact billions of lives,” observed Raskar, who is also the Associate Professor at MIT.

He plans to use a portion of the Lemelson-MIT Prize money to launch a new effort using peer-to-peer invention platforms that offer new approaches for helping young people in multiple countries to co-invent in a collaborative way, the statement read.

Raskar has combined the academic and entrepreneurial worlds with young engineers and also ignited a passion for impact inventing.

“Raskar is a multi-faceted leader as an inventor, educator, change maker and exemplar connector,” noted Stephanie Couch, Executive Director of the Lemelson-MIT Program.

“In addition to creating his own remarkable inventions, he is working to connect communities and inventors all over the world to create positive change,” Couch said.

He is the co-founder of EyeNetra — an inexpensive, disruptive eye-care platform — that enables on-demand eye testing in remote locations via a hand-held technology that snaps onto a mobile device.

The technology was created to eliminate the need for expensive diagnostic tools in the developing world and has performed eye-tests for thousands of subjects in the US, Brazil, and India.

In 2013, Raskar also launched LVP-MITRA in Hyderabad. The center helps hundreds of young inventors to co-invent next generation screening, diagnostic, and therapeutic tools for eye-care.