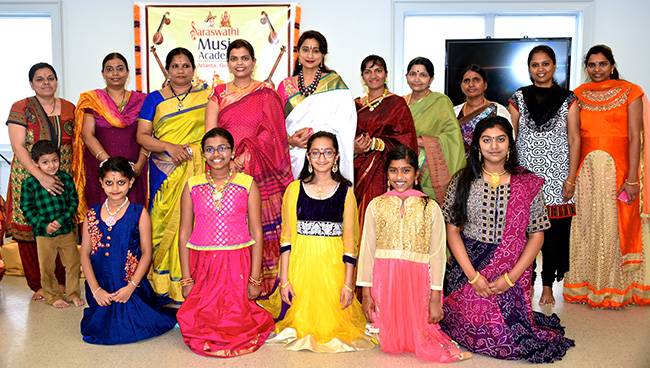 Atlanta, GA, May 31, 2017: :Saraswathi Music Academyis an Atlanta based Vocal Carnatic Music school founded by Swathi Kari. Since its inception in 2013 Swathi has introduced this divine art form to many kids in the Atlanta area. Her teaching style is unique and encourages kids to learn and perform classical music in cultural gathering and in temples during major celebrations. Her students have performed many galaarchanas, a form of chorus where a large number of singers sing the praise of the supreme in unison.

Swathi’s passion for Carnatic music and dedication to teach has not gone unnoticed. She has been invited to perform with her students on July 12th 2017 at the Tirupathi Tirumala Devastanam’s Naadaneerajanam  program which will be televised live to millions of people around the world through the Sri Venkateshwara Bhakti Channel (SVBC). 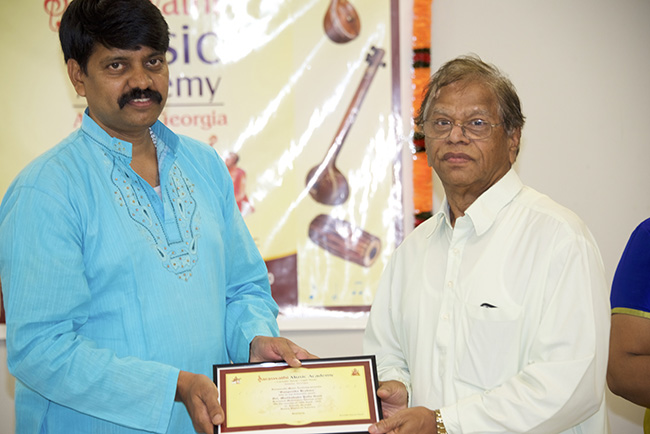 On April 29th, television producer at SVBC Channel, Madhubabu Yalla and his wife Srivani Yalla a renowned Veena player and also the Head of the Music Department at the Sri Venkateshwara college visited Atlanta and performed for the Saraswathi Music academy students. This event took place in the Sharon Spring Community Center in Forsyth County GA. Madhubabu is a Golden Nandi award winner for First best TV feature program “Endaro mahanubhavulu” that was telecast on SVBC Channel. Srivani is a “Class A” All India Radio artist and a cultural attaché to the Govt. of India. She has performed in many countries like theUnited States,New Zealand,Australia,Singapore and Malaysia.

At the Atlanta event, Madhubabu played the Mridangam and Srivani was on the Veena. The couple mesmerized the audience for nearly two hours with various compositions by Thyagaraja, Purandaradasa, Annamacharya and others.  There was a sense of bhakti that set in unknowingly upon the listeners in this spellbinding performance. It was a true gift for the music lovers of Atlanta. 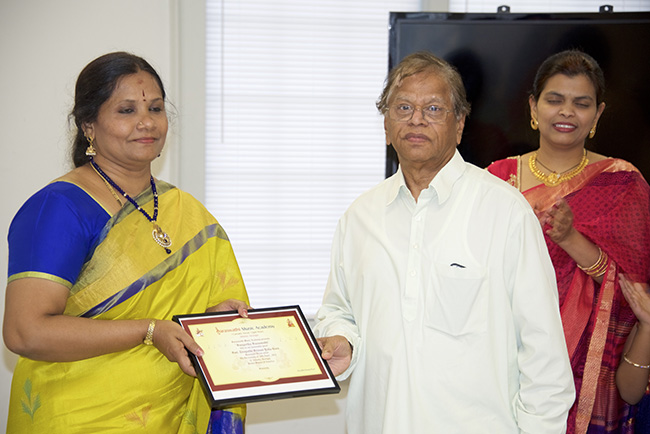 Srivani released the Saraswathi Music Academy’s Naadaneerajanam teaser video, a small clipping with all participants of the event.