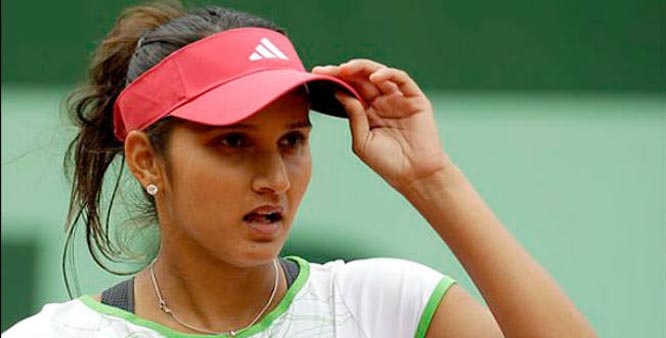 Charleston (US), April 12 (IANS) Sania Mirza and Martina Hingis won their third successive doubles title together, securing the Family Circle Cup tennis title on Sunday, enabling the Indian to create history by becoming the first woman from her country to become the World No.1 in doubles ranking.

The No.1-seeded Swiss-Indian duo beat Casey Dellacqua and Darija Jurak in straight sets for the title, 6-0, 6-4, missing two match points at 5-3 in the second set but closing it out a game later.

Sania is the first Indian woman to reach No.1 in tennis, in either singles or doubles, and just the fourth Asian woman to do it, after Japan’s Ai Sugiyama, China’s Peng Shuai and Chinese Taipei’s Hsieh Su-Wei.

“It’s a dream for every kid to be No.1 one day,” Sania said to the crowd at the trophy ceremony.

“I can’t think of a better person to do it with. When we came here we had one thing in mind, to get No.1, and she (Hingis) really helped me get there. She helped me through some tough moments this week,” she added.

“She’s just a great person and a great player. We also become the No.1 team in the world today with this. I hope we have many, many more tournaments and end the year on a high as well.”

Sania praised former singles No.1 Hingis for improving her performance.

“I don’t want to make you feel old, but I did watch you as a kid. You were an idol to most young girls at the time. You made it when you were 15!,” she said.

She said the Charleston tournament will remain a special event for her.

Sania and Martina are already No.1 on the doubles leaderboard for the season-ending Women’s Tennis Association (WTA) finals to be held in Singapore from October 25 to November 1.