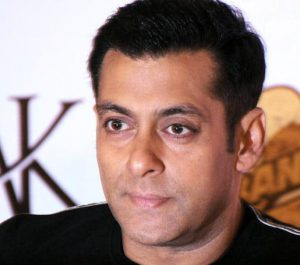 Mumbai, July 24 (IANS) A Mumbai sessions court ruled Wednesday that Bollywood actor Salman Khan would be tried under the stringent charge of culpable homicide not amounting to murder in the 2002 hit-and-run accident.

The court said the actor will now be tried under Section 304 (III) of the Indian Penal Code (IPC). If found guilty, Salman could face 10 years in prison.

The matter has been posted for further hearing Aug 16.

Earlier, Salman had been tried by a metropolitan magistrate under the less severe Section 304A of the IPC relating to rash and negligent driving, which stipulates a maximum of two years in prison.

However, the metropolitan magistrate, after examining 17 witnesses in the case, had invoked the more serious charge under Section 304 (III) of the IPC against the actor. Salman had challeged this order in the sessions court.

One person was killed and four others were injured when a Land Cruiser allegedly driven by Salman in an inebriated state ran over a group of footpath dwellers in Mumbai’s Bandra suburb in the early hours of Sep 28, 2002.