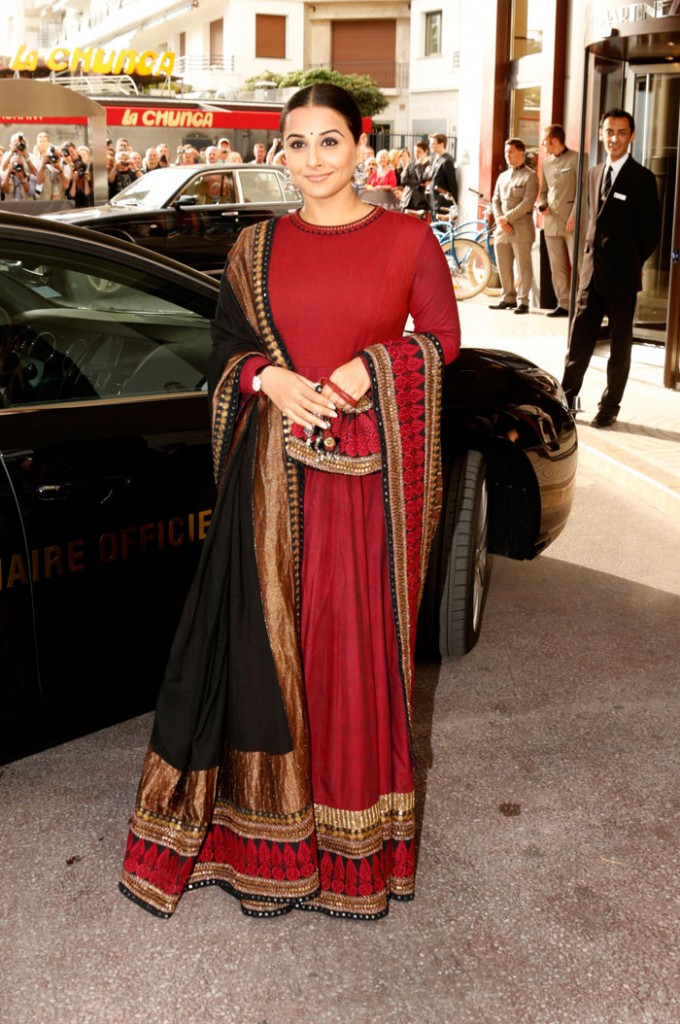 Designer Sabyassachi Mukherjee, the man behind styling Vidya Balan’s look at the 66th Cannes International Film Festival, says that as “India is known as a bling country” he used a “little embellishment” to bring freshness.

Mukherjee says she was dressed in “a purist ethnic look, almost like a Golconda princess”.

Drawing inspiration from William Dalrymple’s book “The White Mughal” and the bygone days of princesses, the outfits were made with Indian textiles such as khadi, kanjeevaram, handspun cottons, and Benarsi textiles.

The designs were accessorised with traditional jewellery, strings of pearls, sapphires and beautifully set polkis by Amrapali and Pankaj Surana.

“India has always been a country of excess, rather than minimalism. We brought back what India truly stands for. Cannes saw a representation of Indian textiles and handicrafts. The jewellery is by Pankaj Surana and Amrapali,” the designer said in a statement.