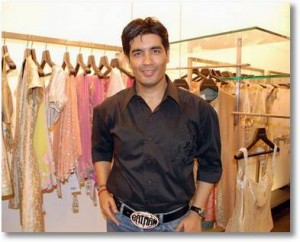 “I was uncomfortable with the 1980s era in Bollywood. I always thought the trend of oversized bell bottoms was a huge mistake for anybody,” Malhotra told IANS.

A string of popular actors and actresses of those times often flaunted bell bottoms with tucked in shirts or loose peasant tops, teamed with oversized sunglasses to reflect a retro look. Remember movies like “Hare Rama Hare Krishna”, “Trishul”, “Maha Chor” and “Yaadon Ki Baraat”? They created a fashion trend of sorts – with several young boys and girls getting motivated to throng markets to buy their pair.

Malhotra feels that “styling, fashion and clothes have always been the essence of any Bollywood film”, and he is especially smitten by the way leading ladies of 1950s and 1960s dressed up on screen.

“I’ve always been inspired by the old world charm and grace of the leading ladies in the 1950s and 1960s. In movies like ‘Amrapali’, ‘Pakeezah’ and ‘Umrao Jaan’, the styling was over-the-top and very catchy. The elegance of the chiffon saris in the 1960s has also been something that has inspired me greatly,” said the designer.

He is here to present the grand finale show at the ongoing Delhi Couture Week.

His own romance with Bollywood’s ever changing fashion sensibilities began when he worked as a costume designer for actress Juhi Chawla in the 1989-released film “Swarg”. Later, his makeover for actress Urmila Matondkar for the 1995 film “Rangeela” won him his first Filmfare award.

Fashion trends in cinema keep coming back, he said, explaining: “Every era comes with a classic trend. Fashion is a recurring phenomenon. Like the anarkali trend, black and white colours and structured Bandhgala jacket trend have all surfaced once again to complete a full circle,” said the 48-year-old, who himself exudes style.

In 1998, the designer decided to venture into mainstream designing with his couture store ‘Reverie – Manish Malhotra’. He staged his debut fashion show a year later. He made inroads in the international fashion circle when he designed for late pop legend Michael Jackson when he visited India for a Bollywood show.

“The fashion industry in India has evolved beautifully, particularly in the last 20 years, when the boundaries of the industry started to expand. The West is learning that India is glamorous and that the sari is the most sensuous garment in the whole wide world,” he said.

He also believes that the mind-blocks surrounding ‘accepted’ fashion no longer exist.

“Men have now embraced pink overcoming the stereotypical thinking. An anarkali is as stylish as an evening gown – we see a lot of celebrities embracing our Indian culture like the Bandhgala Jacket and the sari at various international events. Many such examples tell us the story of an evolving fashion industry,” he added.