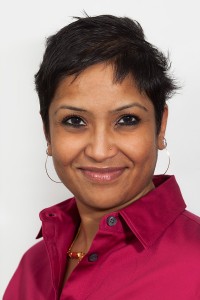 Washington, March 27 (IANS) A South Asian group in the US has come out in support of a ‘Demand A Vote’ petition introduced by Democratic leaders to bring the immigration reform bill to the House floor.

As immigration reform has stalled in the House after the Senate passed a similar bill in June of 2013, this strategy may be the only way to encourage the House to move forward on immigration reform, South Asian Americans Leading Together (SAALT) said.

The House bill “like the Senate’s proposal, includes improvements and also has numerous flaws—-both of which will impact millions of people,” including some 300,000 Indians, it said.

An overwhelming and bipartisan majority of Americans, including many South Asians, support an overhaul of America’s immigration laws in order to fix its broken system, the coalition of South Asian organisations said.

“H.R. 15 is far from perfect, but our communities have been suffering as a result of the nation’s outdated and broken immigration system for years,” she said.

“Nearly 2 million people have been torn from their families and deported under this Administration: a shameful record.

“We can no longer wait as the House continues to drag its heels. It is time for the House to act,” Raghunathan said.

The House bill, SAALT said, is consistent with many of the principles advocated for by the National Coalition of South Asian Organizations (NCSO), a coalition of 49 South Asian groups across US.

The bill includes a roadmap to citizenship for undocumented aspiring citizens; clearing the family and employment immigration backlogs; improved opportunities and protections for workers; and several due process protections.

The ‘Demand A Vote’ petition requires the support of 218 House members in the Republican controlled chamber.