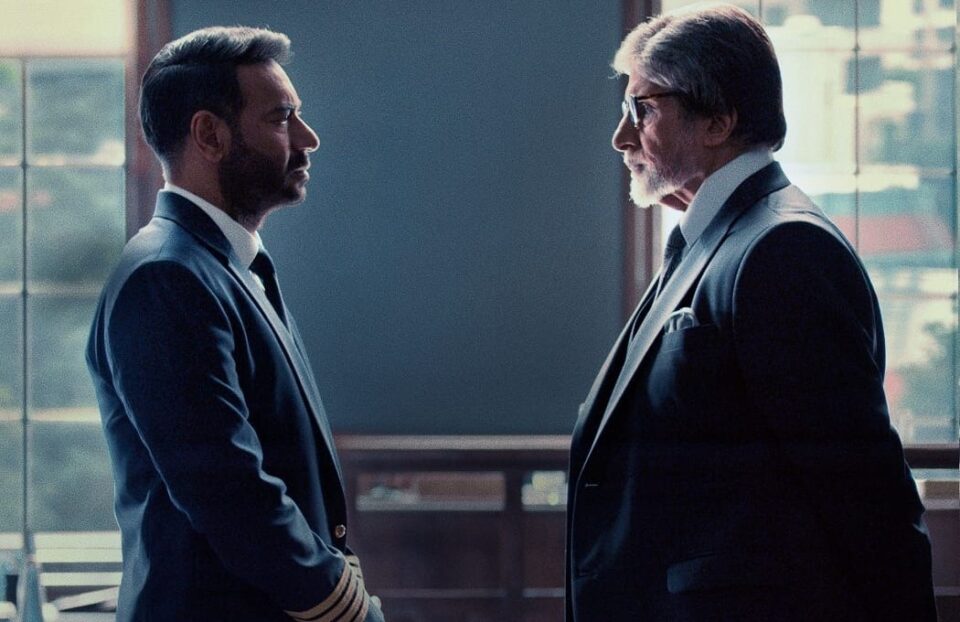 Ajay Devgn’s ‘Runway 34’, is inspired by a real-life incident and strongly reminiscent of the 2016 released English film ‘Sully: Miracle on the Hudson’. Yet, it is distinct and proves to be a gripping drama pivoting around Captain Vikrant Khanna’s flight from Dubai to Cochin, one rainy night, and how the skilled and experienced pilot saves 150 lives, with his maturity and foresight, preventing an impending aviation disaster, landing in Trivandrum instead, with limited fuel.

An edge-of-the-seat drama, the film keeps you hooked right from the beginning. The flight scenes displaying the fear and anxiety of the petrified passengers are real and palpable. The external flight shots of the aircraft flying amidst thunder and rain are also beautifully executed and appear real. The final landing of the plane in severe turbulence is frighteningly credible.

While the passengers and media term him a hero, Captain Vikrant Khanna faces a strict inquiry for his decision of landing at Trivandrum instead of Bengaluru and even opting for Runway 34 instead of the recommended Runway 16.

The second half of the film with the entry of Amitabh Bachchan as Narayan Vedant, the Investigating Officer, is equally exciting, although it is more of a courtroom drama with the inquiry committee and the pilots being interrogated.

How Captain Vikrant Khanna manages to hold his own against Narayan Vedant, convincing him of his sharp memory and flying skills through a simulated flight, thereby justifying his actions and decisions, forms the crux of this aviation drama.

Ajay Devgan, as the dashing and accomplished Captain Vikrant Khanna essays his character with his characteristic restraint and minimal expressions. He emotes through his eyes, conveying myriad emotions. An astute pilot, who places his passengers’ safety before everything else, a family man but with a fun side to his personality, Ajay Devgn is every bit that pilot.

Amitabh Bachchan as Narayan Vedant expectedly takes centre stage with his flawless oratorical skills and charisma, and towers over everyone else in the inquiry scenes. As always, he is a treat to watch.

Rakul Preet Singh, as Co-pilot Tania Albuquerque delivers what is expected of her, given the limited scope of her character. The scene where she is frightened owing to the bad weather and thinks it is all over is a wee bit incongruous with the perception one has of a pilot.

Boman Irani as Mr Suri, the owner of the Skyline Aviation company, is credible.

The story is narrated in a linear manner, and is fairly straightforward with no element of intrigue or unexpected twists, although the drama quotient is fairly high.

Some parts of the film appear a tad rushed and unconvincing, especially the inquiry by the DGCA officials and the breath analyser tests.

The background music is effective especially in the scene when Captain Vikrant Khanna leaves the airport after the heroic feat.

Overall, ‘Runway 34’ is an interesting film which is a perfect combination of drama and good performances.