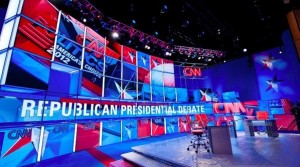 Washington, Dec 16 (IANS) Republican presidential candidates joined issue with frontrunner Donald Trump’s call to ban Muslims from coming to the US, with Senator Ted Cruz citing the example of India to assert all Muslims were not jihadists.

“I understand why Donald made that proposal. I introduced legislation in the Senate that I believe is more narrowly focused at the actual threat, which is radical Islamic terrorism,” he said participating in the final Republican debate of 2015 among nine top candidates on Tuesday night.

Asked if he disagreed with Trump because he was too broad, Cruz quipped amid laughter: “Well, you know, I’m reminded of what FDR’s grandfather said. He said ‘All horse-thieves are Democrats, but not all Democrats are horse-thieves’.

“In this instance, there are millions of peaceful Muslims across the world, in countries like India, where there are not the problems we are seeing in nations that are controlled — have territory controlled by Al Qaeda or ISIS,” he said.

“And we should direct at the problem, focus on the problem, and defeat radical Islamic terrorism. It’s not a war on a faith; it’s a war on a political and theocratic ideology that seeks to murder us,” Cruz added.

In the debate hosted by CNN in Las Vegas, Trump defended his proposals to ban non-American Muslims from coming to the US, ban refugees fleeing ISIS, deport 11 million illegal immigrants and wall off America’s southern border.

“But he’s a chaos candidate. And he’d be a chaos president. He would not be the commander-in-chief we need to keep our country safe,” he declared.

Trump was quick to hit back, saying: “Jeb doesn’t really believe I’m unhinged. He said that very simply because he has failed in this campaign. It’s been a total disaster. Nobody cares. And, frankly, I’m the most solid person up here.”

Like Cruz, Senator Marco Rubio too declined to attack Trump outright and said: “We must deal with this threat of radical Islamists, especially from ISIS.”

Trump also reiterated his strategy to cut off the ISIS’ recruiting methods on social media, which he argued would involve collaboration with the Silicon Valley and limiting internet access.

Trump’s suggestion prompted Kentucky Senator Rand Paul to ask “if you are going to close the internet, realise America what that entails. That entails getting rid of the First Amendment. Okay. No small feat.”

He added that some of Trump’s proposals for fighting terrorism “would defy every norm that is American”.

Trump dismissed his rival’s attacks with a wave of his hand saying: “These are people that want to kill us, folks. And you’re objecting to us infiltrating their conversations? I don’t think so. I don’t think so.”

Earlier, in the undercard debate of bottom four candidates, Senator Lindsey Graham too rebuked Trump for his controversial proposal to ban Muslims as a “coup” for ISIS.