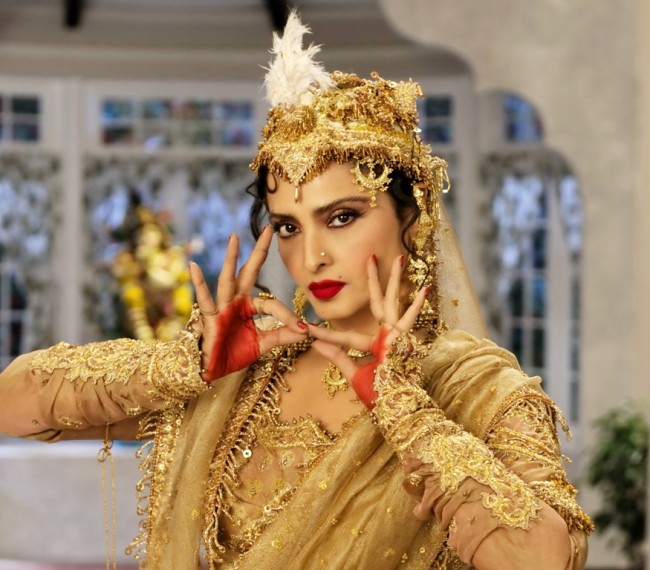 Mumbai, Sep 22 (IANS) Bollywood’s evergreen beauty Rekha has dressed a la Madhubala’s character from “Mughal-e-Azam” for a song sequence in her upcoming movie “Super Nani”, where she will also reprise the magic of ageless Bollywood tracks.

Taking styling cues from iconic actresses like Madhubala and Waheeda, Rekha will dance to the tunes of various songs, like “Pyaar kiya toh darna kya”, all entwined into one particular song for the movie.

“In the song, Rekha will be seen dancing to some old classics dressed as iconic actresses such as Madhubala, Waheeda Rahmaan from their famous movies such as ‘Mughal-e-Azam’ and ‘Howrah Bridge’ as part of the storyline,” a source close to the film’s unit said.

Rekha was initially hesitant to do the song, which is choreographed by Shabina Khan. But she is said to have given a go-ahead after much persuasion by the film’s unit, including director Indra Kumar.

“When we approached Rekhaji with the concept, initially she was hesitant to portray such a cult and respected figure like Madhubala onscreen. But we expressed to her that her inimitable talent will truly justify the scene and re-enactment of the iconic song of one of the most celebrated actresses,” Kumar said in a statement.