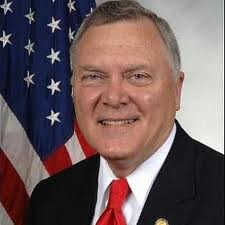 Atlanta, GA: Asian-American and Refugee-American leaders and groups that are part of the Pan Asian Action Network (PAAN), a coalition of 39 grassroots organizations facilitated by the Asian American Legal Advocacy Center, are deeply disappointed by remarks made by Georgia Governor Nathan Deal during a Republican Convention in Athens last Friday.  During Governor Deal’s speech he highlighted his request to the federal government that they stop “dumping” refugees into Georgia and connected the Boston Marathon bombers to their refugee status.   He also encouraged the GOP to better outreach to the rising immigrant electorate in our state.

“Refugees in America are the same as immigrants, we are active and contributing Americans and that includes getting involved in the political process,” said Kevin Do, Board member of the Vietnamese American Community of Georgia (VAC-GA) and member of the Gwinnett Republican Party.   “Vietnamese are the largest refugee population and third largest Asian population in Georgia.  We tend to vote conservatively both here and nationally.  It’s disappointing that political parties aren’t connecting the dots,” said Do.

“I am one of the refugees ‘dumped’ in Georgia but I and my family have added tremendous value to our state,” said Abraham Xiong, President of the Government Contractors Association and former Board Chair of AALAC.  “I am a Hmong refugee who escaped political persecution to start a new life here.  I am also a successful entrepreneur who provides job and training opportunities to Georgians and my organization helps increase the capacity of minority-owned small businesses.  To infer that refugees are a burden and being ‘dumped’ into our state is a poor choice of words at best,” said Xiong.

“We will not stand for racial profiling of refugee or immigrant Americans, and find Governor Deal’s connection of the Boston bombers to their refugee roots alarming,” said Helen Ho Executive Director of AALAC.  “Since 1982, America has experienced 62 mass shootings and 44 of the killers were White males – is anyone making a connection between their horrific actions and their racial, ethnic or citizenship status?” said Ho.

Georgia is the state with the second largest growth in Asian-American owned businesses according to the US Census Bureau.  Dao Malaythong, Board member of the Laotian American Society of Georgia (LAS-GA), immediate past President of the Asian American Real Estate Association (AAREA) and small business owner in Norcross said: “Similar to what our PAAN members were saying when speaking about proposed state legislation unfairly targeting immigrant Americans, I’m concerned about the tenor of Governor Deal’s remarks towards refugees because if we don’t feel welcome, we will leave and so will our businesses.”  Asian-owned businesses had sales and receipts of $14.6 billion and employed 82,186 people according to the Immigration Policy Center.

Georgia is approximately the 7th largest resettlement site in the country — in 2012, 2653 refugees resettled in our state which accounts for 0.02% of our current total population of 9,921,585.   The number of refugees arriving in Georgia declined 23% since 2009.

“The United States of America is a great nation of immigrants, some who arrive here as refugees.  We are a great nation that prides itself for having representation of the world on this land,” said Fabian DeRozario, a member of the Malaysian Association of Georgia, the National Association of Asian American Professionals and Senior Consultant & Facilitator at Global Novations (a Korn/Ferry International Company).  “The U.S.’s welcoming of refugees is a reflection of the soul of America – the land of immigrants.  Please do not demonize refugees because they are different from the majority population of the U.S.”

World Malayalee Council announces Student Engagement Program in the US