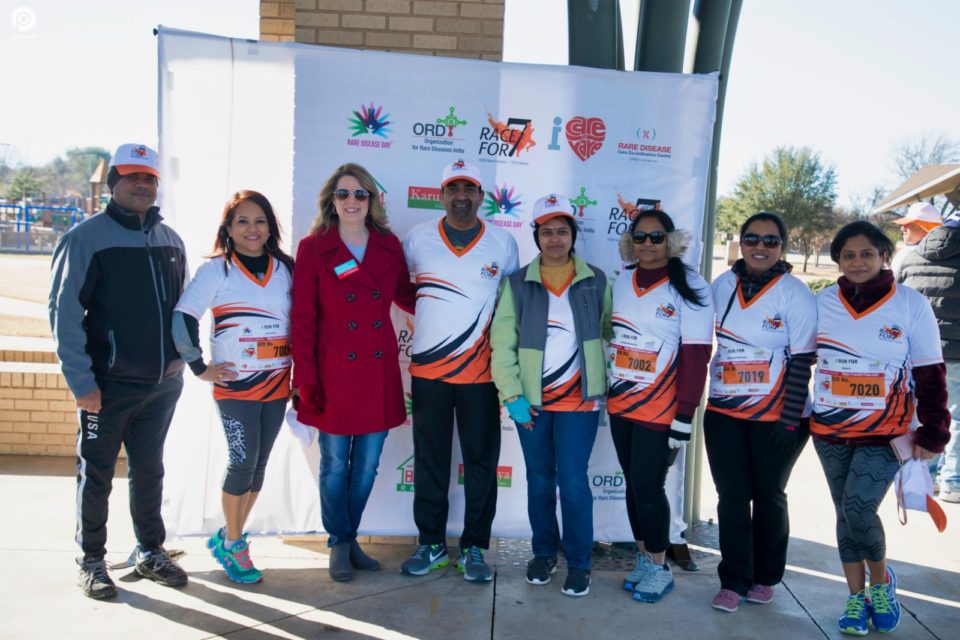 Atlanta, GA, April 5, 2019: Over 7000 people across U.S states including Washington DC, South Carolina, Texas and California and nine locations in India including Kolkata, Bengaluru, Coimbatore, Chennai, Mumbai, Mysuru, Kochi, Thiruvananthapuram and New Delhi joined together in the Racefor7 event held by Organization For Rare Disease India (ORDI)  and ORDIUSA on February 24, 2019  to bring visibility to more than 7000 disorders collectively known as rare diseases.

Racefor7, an awareness run/walk in USA extended an international chain of approximately 7000 participants in India. Racefor7 symbolizes the 7000 rare diseases with 7000 people running/walking for 7000 meters. The average time to diagnose a rare disease patient is 7 years and Orphan Drug Act provides a 7-year market exclusivity for orphan drugs approved by FDA. The event emphasizes the urgency of diagnosing patients with undiagnosed conditions and the need to bring new medicines for 95% of the rare diseases with no approved treatment.

“What a great event and what a way to bring the rare disease communities of the U.S. and India together,” said Marshall Summar, MD, Director of the Rare Disease Institute, Children’s National Medical Center and Chairman of the Board at the National Organization for Rare Disorders (NORD), who kicked off the race in DC.

“I am truly humbled by the growing support for the cause in the U.S. Next year, we’re hoping to have 7,000 people to walk for each of the seven thousand individual diseases we had bibs for coast-to-coast. We can do it but only with community engagement and participation. The race will continue in Boston area in summer,” summed up event host Dr. Harsha Rajasimha, Co-Founder and board director of ORDI, ORDIUSA and co-director of the Rare Diseases Systems Biology Research Initiative at George Mason University.

Rajasimha co-founded race-organizer ORDI (Organization for Rare Diseases India) to bring together scientists, policymakers, patients, and those in the pharmaceutical industry to connect across borders. The goal is to increase the number of clinical trials for rare diseases worldwide by adding the population of India to the candidate pool. The nonprofit will act as a catalyst to accelerate clinical research and bring about more timely diagnosis and treatment in India, where millions of people live with one of the more than 7,000 currently identified rare diseases.