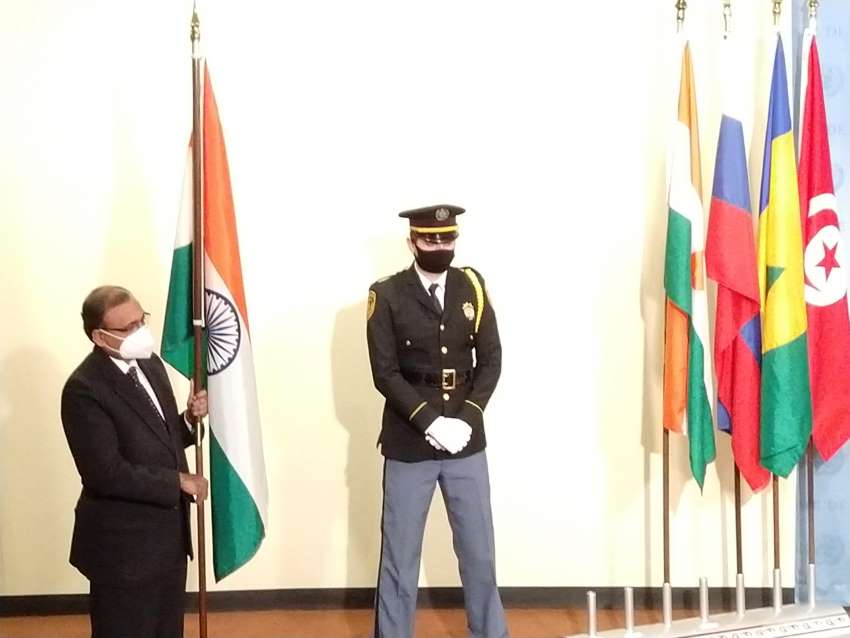 United Nations, Jan 4 (IANS) India kicked off its two year tenure as a non-permanent member of the United Nations Security Council (UNSC) with the country’s tricolor being installed at the indoor stakeout area during a special ceremony on a wintry afternoon at the United Nations headquarters in New York City on Monday.

“This is a proud moment for my country and for my delegation,” Ambassador T.S. Tirumurti, India’s Permanent Representative to the UN, said, in prepared remarks.

“India comes into the Security Council as the largest democracy representing one sixth of humanity and with a strong commitment to reformed multilateralism, rule of law, a fair and equitable international system and to peace, security and development. From Kashmir to Kanyakumari, we stand united as one, bound by our ethos of democracy, pluralism and commitment to fundamental rights,” he said.

Tirumurti framed India’s role as one that brings “human-centric and inclusive solutions to matters of international peace and security”.

“India will be a voice for the developing world” he added, echoing Indian Prime Minister Narendra Modi’s remarks at last year’s UNGA.

India will preside over the council as UNSC President in August 2021 and again in 2022. The presidency of the UNSC is held by each member in turn for a month. Ireland, Kenya, Mexico and Norway joined India in the latest cohort of non-permanent UNSC members.

India’s spiritual minds come together to welcome 2021 with positivity, hope and harmony