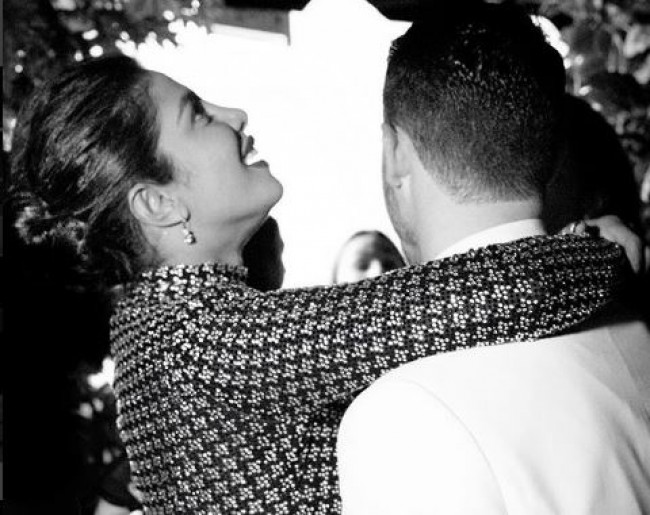 Jodhpur, Dec 1 (IANS) Actress Priyanka Chopra and American singer Nick Jonas are now husband and wife as they had their Catholic wedding at the Umaid Bhawan Palace here.

On Sunday, the bride and groom will continue their epic wedding weekend with a Hindu ceremony.

Priyanka, 36, was a glowing bride in a custom made Ralph Lauren wedding gown, and Jonas, too, wore Ralph Lauren. In fact, so did both families, all of the bridesmaids, and all of the groomsmen who included Priyanka’s brother Siddharth and Nick’s three brothers, Joe, Kevin and Frankie.

Ralph Lauren is an important designer to the couple not only because he is a close friend of the actress but also because she and Nick, 26, both rocked Ralph Lauren Collection at the 2017 Met Gala, which took place one week after their unofficial first date.

Ahead of their big weekend, the couple celebrated Thanksgiving in India together. Days later, they held a puja ceremony at Priyanka’s mother Madhu Chopra’s house in Mumbai to spiritually celebrate the upcoming event.

Weeks beforehand, Priyanka celebrated her bachelorette party in Amsterdam and had a bridal shower in New York City.

The couple first began talking in 2016 via Twitter, and met in person for the first time at a party for the Academy Awards in 2017.