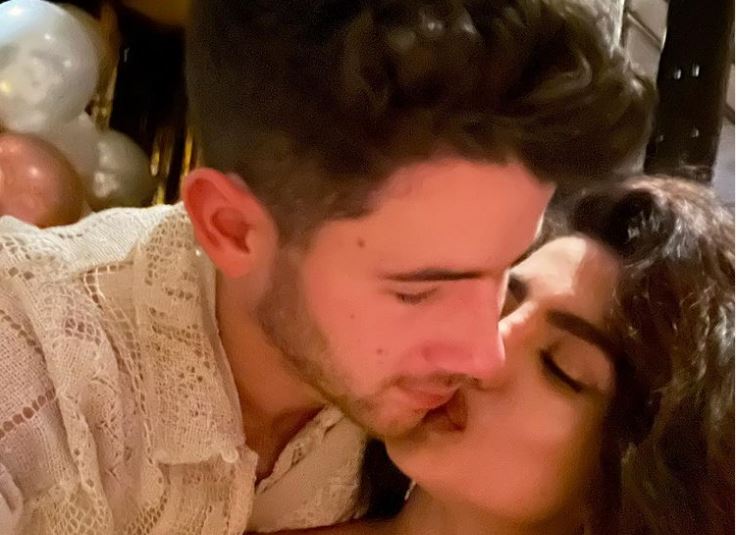 Los Angeles, CA, January 21, 2022: Actress Priyanka Chopra, 39, and her husband Nick Jonas, 29, welcomed a baby via a surrogate. The couple took to Instagram to make the announcement today.

“We are overjoyed to confirm that we have welcomed a baby via surrogate,” the announcement read.
“We respectfully ask for privacy during this special time as we focus on our family.”

Priyanka was recently in the news for getting on the cover of the February 2022 issue of Vanity Fair.

Describing her as “a driven woman who has transcended what’s previously been possible for an Indian actor in Hollywood,” the ‘Vanity Fair’ cover story goes on to say: “She is an outsider who broke down barriers and built a place for herself within the walls of Hollywood. Now she’s on a mission to welcome others in.”

Priyanka, notes the article that traces her life’s story from her days at the Army Public School, Bareilly, will finally be playing lead film roles as she had in India” with the rom-com ‘Text for You’ and Amazon’s ambitious spy series ‘Citadel’ later this year.

And about her own story, especially her rise to stardom in Hollywood, Priyanka says: “It’s taken a lot of pavement pounding to be able to get people’s attention, and to be able to get an acceptance of the fact that someone like me can be the lead of a Hollywood feature.”