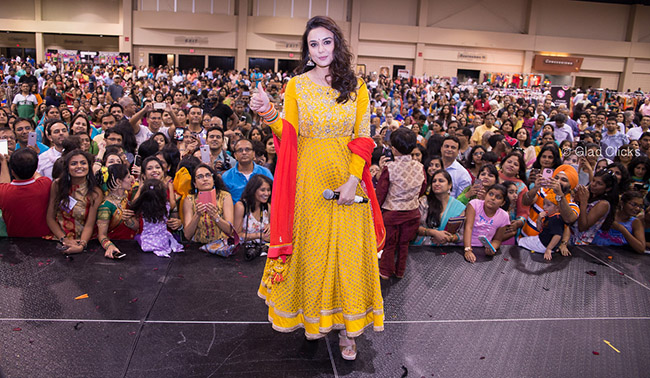 Preity Zinta at the Festival of India. Photos by John Gladson.

Another highlight of the event was the historic flag walk. Over 500 people carried a stadium size flag around the venue followed overhead by drone cameras that captured the event. 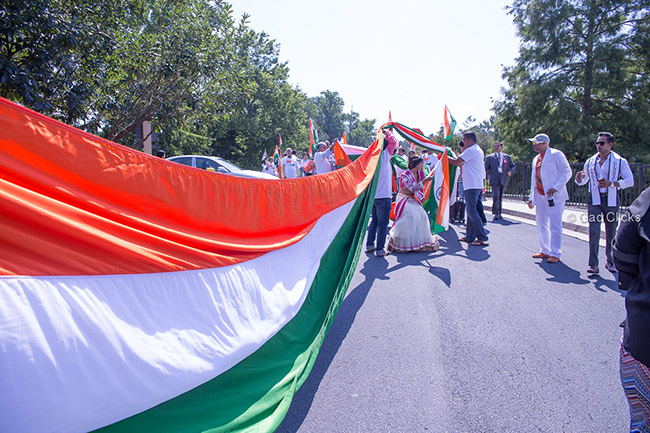 The festival, as always, included cultural activities throughout the day. There was also a yoga workshop, chess competition, art competition, a health fair and other activities. Crowds could be seen thronging the vendor booths and the food court. Children enjoyed the petting zoo. A massive rangoli by Vijaya Mohan (who is in the Guinness Book of World Records for creating the largest rangoli pattern) adorned one side of the hall and beckoned visitors to stop by and admire the creation.

Former Ms India USA Pranathy Gangaraju and other pageant winners glittered at the venue. Georgia politicians and members of the Consulate also attended the festival. 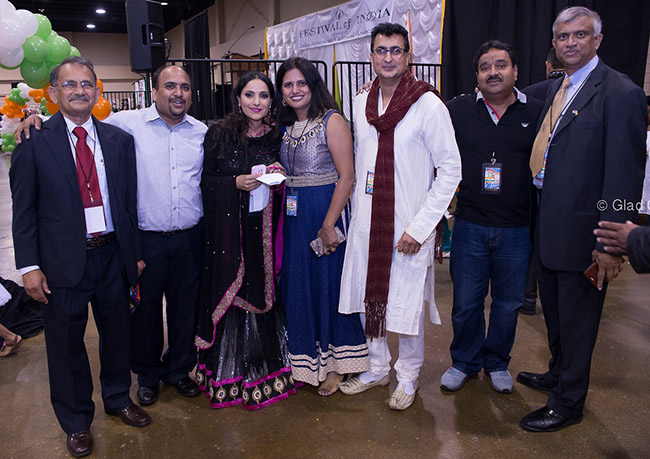 Festival of India was first hosted in 1997 when IACA and 35 Indian community organizations came together to commemorate the 50th anniversary of India’s Independence. Since then, it has become the largest South Asian cultural event in Atlanta. 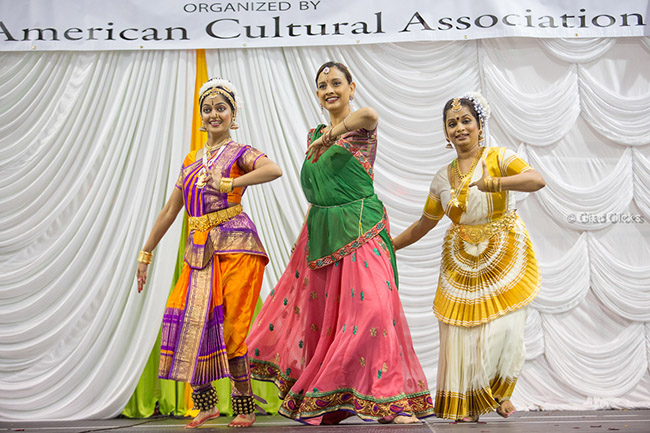 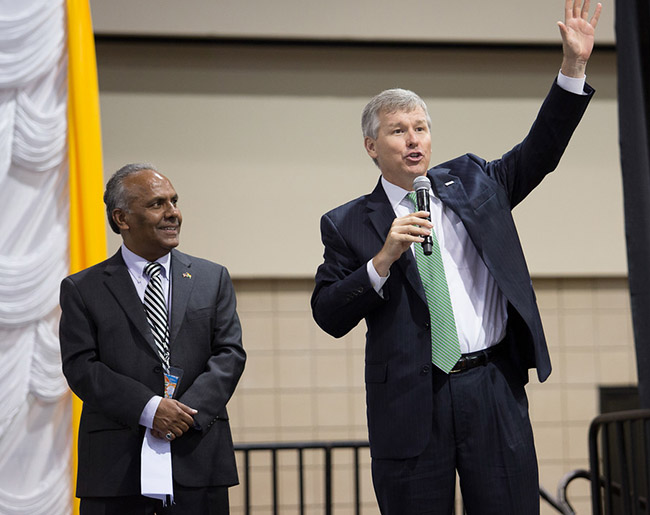