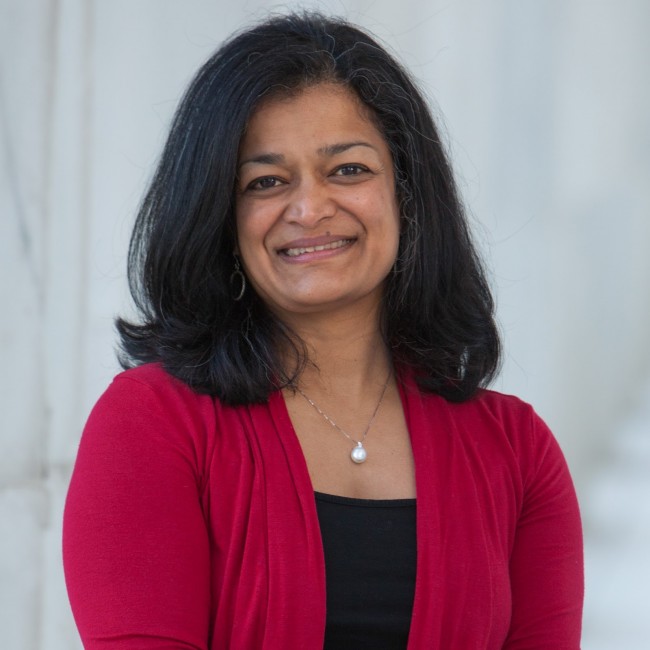 Senator Pramila Jayapal who is running for US Congress from Washington’s 7th electoral district speaks over Skype to NRI Pulse about her dreams for America and her plans as the first (yet to be) elected Indian-American Congresswoman with a palpable excitement that is infectious and uncontainable.

Senator Jayapal’s list of endorsers read like the politically correct list of who’s who in the multicultural world that America embodies. It comes as no surprise then, that she wears several labels comfortably. “I don’t mind labels. I don’t feel one thing that I can be associated with. I am a feminist, an Indian-American, a workers’ rights advocate. All these labels and roles are interrelated,” she says.

Senator Jayapal’s work speaks for itself. OneAmerica, which started out as a Hate Free Campaign, was founded to empower those who were targeted following the 9/11 attacks. According to Senator Jayapal, “One America was established to represent the voices of the people who were left out. We wanted to reframe the perspective of any of those groups. We fought against the unfair practices. We brought out the voices and the agency.”

The Senator admits that the challenge is that there are not enough people who have been through similar experiences and to reach out to those who have not.

The Democratic candidate has also talked about safe spaces, especially for minorities. She maintains that immigrants often have to walk a tight rope to keep the balance. “In being conscious all the time, they need a place to let go and carry the burden of being strategic,” she adds. She is also quick to clarify that such spaces, in both a physical and psychological sense are non-discriminating to welcome all kinds of people.

A vocal activist, Senator Jayapal has probably been one of the first to put a gender lens on immigration. She spearheaded a campaign called “We Belong Together” to mobilize women to bring their agency into the process of immigration. She rues that the media shows women as victims, helpless in the face of a breakdown or family and deportation. She emphasizes how the reality of immigration is different. For her, women, far from being powerless are sometimes “the sole providers and connectors to the community.” Immigration historically, also means that the ancestors of different racial groups have also been immigrants at some point in the past- a fact she says, she never fails to remind its opposers.

Does she believe that her running in District 7 indicates a change in the nature of the electoral landscape, and perhaps a deeper change in society? “Yes it is changing and engaging people from all walks of life and inspiring more people to get involved in politics.” she responds.

Congress has an inevitable relationship with partisanship and lobbyists. Senator Jayapal’s advocacy has however focused on coalition building, labor unions, expanding Social Security and supporting single health care by taking a working families position. She claims, “I am the most left of all candidates. Many people realize that ‘We are all better off if we are better.’ We want what is good for the world. Call people in and not stereotype.”

It is this attitude that should help consolidate support for her candidacy, in a constituency that has a skewed racial population.

Any attention to Senator Jayapal’s own immigrant identity may be quelled by the dynamism of what she believes – that immigrants inhabit spaces of change. She says “I would like this to lead to a unified country. There is a demographic change coming. I want to be a bridge and a connecter. Not take over, but have a place for everyone to stand. I operate from a place of generosity. I want to be a guide in the way forward.”

Finally, Senator Jayapal talks about embarking on a spiritual journey in the process of writing her first book Pilgrimage. Does she get the sense of having arrived?

“I think that the journey is really a long one with insight coming in waves. I learnt a lot in my time inIndia. I work hard at meditation. There is much more out there,” she concludes.