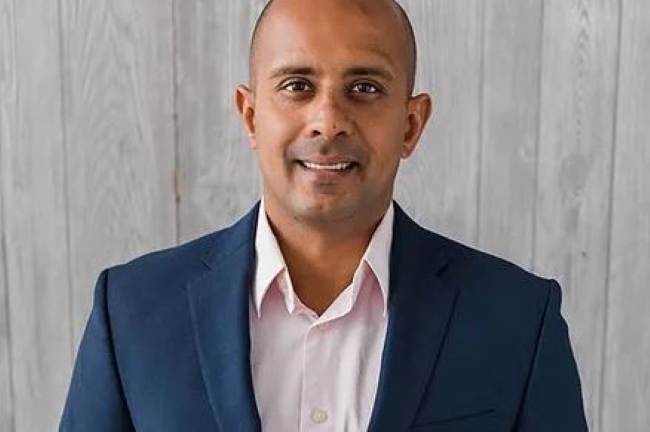 During the early 1970’s, a young Ashokkumar Patel, the son of a Laborer for the British Empire in Uganda, Africa up until 1972 once Edi Amin took control of Uganda. Ashokkumar was then forced to relocate with the assistance of the British Government to Stradishall Refugee Camp in Cambridgeshire, England. While residing in the England, Ashokkumar met his wife and began a new journey into the Spirits Industry. In 1979, a new edition to the Patel family was born and introduced into the Spirits Industry as Meechal “Mitch” Patel.

Founder/Principal Mitch Patel of Patel Spirits Inc., brings over 20 years of expertise and knowledge in the retail spirits industry to Patel Spirits Inc. He has used his knowledge from developing and executing actionable retail sales plans in Central Florida for some of the biggest brands in the industry. These brands include Bacardi flavors, Three Olives flavors, Southern Comfort, Proper 12, Jack Daniel’s Honey and many more. Patel envisioned a high-quality vodka that is smooth enough to drink straight while also encompassing Pan Asian Indian influences. Patel set out to bring his vision to fruition while incorporating his many years of experience in the Spirit Industry to bring to the market a Gold Standard Vodka. In addition to Founder Mitch Patel, Patel Spirits is backed by board members who have over 60 years of combined experience in the spirits industry. Together, the team has created a vodka that’s like no other. The label bears a distinct design that represents India’s culture while including the colors of black and gold as homage to Patel’s alma mater, the University of Central Florida (UCF). While at UCF, Patel studied Aerospace Engineering while performing as a Collegiate Athlete on the Rugby Team.

“We felt it was of the utmost importance to create a vodka brand that bears a premium taste profile while also giving the Indian community a sense of ownership and inclusion in the brand. Our inclusion in the spirits industry is paramount since more than 25% of all retail stores are owned or operated by persons of Pan Asian Indian descent. I’m proud to say that P1 Vodka will be the first Indian-influenced vodka brand created in The Appalachian Mountain Region of The United States. This region is known for producing some of the World’s Best and known spirits to date. P1 Vodka is made from the highest quality pure Appalachian Mountain spring water and richest maize, which leads to its premium silky smooth taste profile that allows you to enjoy it straight while indulging your pallet to its rich flavorful blends. Our philosophy is, the better the water, the better the vodka,” said Patel. Patel went on to describe the essence of P1 Vodka as a premium handcrafted spirit that was conceptualized in Orlando, Florida.

“Beyond the look of the label, we’ve also included a special Indian tradition which is deeply rooted in the Founder’s upbringing. Patel’s vision of the branding of P1 Vodka intentionally includes the number 1. A historic Indian tradition includes the basis that when gifting a monetary value to a loved one, we end in a 1 ($51, $101, $201) to wish prosperity to the receiver of the gift. The 1 represents a positive starting point to build from, and we wish all that enjoy our product to have a prosperous future.” Added Patel.