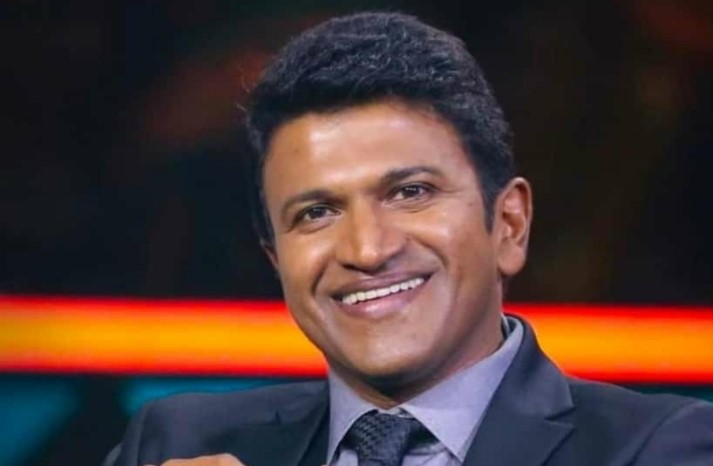 Hyderabad, Oct 29 (IANS) It is a Friday that the Kannada film fraternity and fans will never come to terms with. The death of Kannada filmdom’s ‘Powerstar’ Puneeth Rajkumar has also shrouded the entire southern film industry in a pall of gloom.

Stars from all the southern film industries paid tributes to Puneeth Rajkumar who passed away at the young age of 46. The third and youngest son of Kannada movie icon, the late Rajkumar, Puneeth was known for his fitness and active lifestyle.

He had carved a niche for himself with his action-backed roles that demanded high levels of fitness. As news of his demise began trickling in, film stars from Telugu, Tamil, and Malayalam film fraternity took to social media to express their dismay and condolences for their ‘Appu”.

Although the southern film industries of Kannada, Telugu, Tamil and Malayalam are self-contained sectors by themselves, the stars and technicians have always enjoyed an easy camaraderie. Of late, these bonds have further strengthened with multi-lingual productions, OTT, and co-productions. The younger generation of film stars from these four languages are good friends. On Friday, the feelings just spilled over when Puneeth passed away after a massive cardiac arrest.

“Shocking, devastating & heartbreaking! #PuneethRajkumar gone too soon. Rest in peace! My deepest sympathies and tearful condolences to the family. A huge loss to the Kannada/India film fraternity as a whole. Strength to all to cope with this tragic loss!” tweeted Chiranjeevi.

Telugu filmdom’s ‘Power Star’ and Chiranjeevi’s younger brother, and founder of Jana Sena Party, Pawan Kalyan also condoled the passing away of Kannada filmdom’s ‘PowerStar’. Expressing shock and distress at Puneeth’s demise, Pawan Kalyan recalled the young actor’s achievements as a child actor and later on building his career as a promising star.

Malayalam film superstar Mammootty tweeted, “Shocking and Heart Breaking to know that Puneeth is no more. It is a huge loss for the film fraternity. My deepest condolences to Puneeth’s family and loved ones.”

“This hurts so much! Rest in peace superstar! May the family, friends, and the millions of fans have the strength to tide through this sorrow!” tweeted Prithviraj.