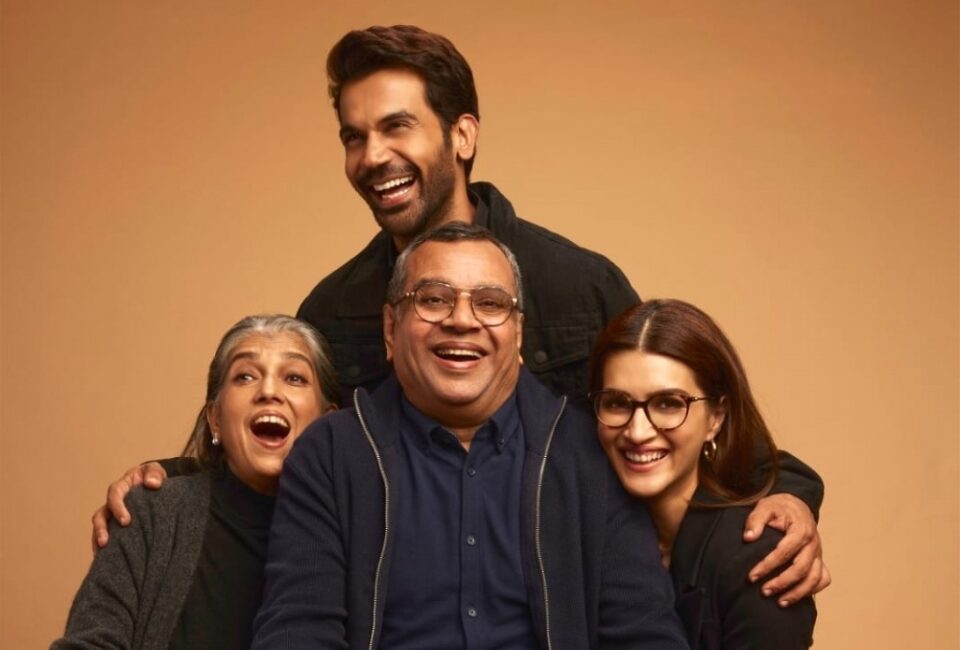 Director Abhishek Jain’s ‘Hum Do Hamare Do’, is a frothy entertainer that claims to be about reversal adoption (where kids adopt their parents), but in reality, the film is about what constitutes a family, people sharing the same surname or people who bond with each other irrespective of their origin?

Here, adoption should not be taken in the literal sense. It simply means accepting someone as a family member and presenting them as one. In this case, Dhruv (Rajkummar Rao), an orphan presents Purshotam Mishra (Paresh Rawal) and Deepti Kashyap (Ratna Pathak Shah) as his parents to the love of his life, Anya (Kriti Sanon) who too is an orphan living with her foster parents, her uncle Dr Sanjeev Mehra (Manu Rishi) and his wife Rupa (Prachi Shah). How this fake relationship is exposed and then the couple unite is the core essence of this film.

The concept of presenting fake parents or family members is hackneyed in the Hindi film industry and to add to this, the plot of the film lacks novelty.

Despite the narrative being filled with past trauma, frustration, deep loss, and heartbreak almost throughout, the realness of the hero’s journey is lost, in the rosy picture of a happy family ending. How Dhruv rose from being a dhaba attendant to becoming an ace app developer, an entrepreneur, and teaching street children during his spare time, is simply taken for granted.

The script is uninventive right from the first scene to the last. Every aspect of the characters developed in the narrative is filled with cliches and even the climax is oft-seen. The only metaphor of comparing the vehicles on the highway to life is unique and an eye-opener in the film.

On the performance front, with the pairing of Paresh Rawal and Ratna Pathak Shah, you’d expect some light moments, but alas, they seemed to have kicked the funny bone out of their characters, making the drama between them staid and far from funny.

Similarly, Aparshakti Khurana as Sandeep a.k.a. Shunty despite giving a good performance appears as a cliched lackey. Rajkummar Rao and Kriti Sanon are just themselves, sleepwalking through their characters.

Mounted with moderate production values, the music, cinematography, editing, and production designs are nothing exceptional to write home about.

Overall, since the couple had adopted a dog too at the end, the numbers in the film literally or figuratively do not match.