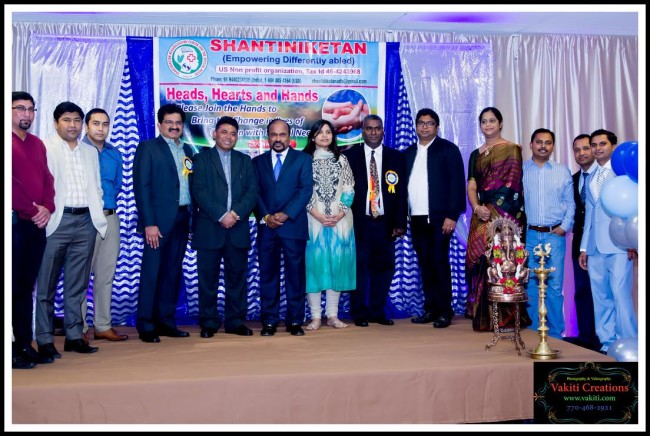 Atlanta,GA: Robert Hensel, a Guinness World Records holder for the longest non-stop wheelie in a wheelchair once said “I choose not to place “DIS”, in my ability.” Just like Robert Hensel there are millions of people all over the world who are proud of their abilities and faith in their future.

The Telugu community living in Atlanta has proved time and again that they are at their best when it comes to charity and philanthropy. This was evident when Shantiniketan,RehabilitationCenterfor Differently Abled Children, sought funds for their buildings in Kondapur in Adilabad district of Telangana. A whopping $51200 was raised within four weeks period, most of it in just one evening. Several families and organizations came forward unconditionally to take care of the new building project. A group of friends pledged their support of $12000 to acquire a school van. About $15000 more is needed to reach the goal set for this phase. 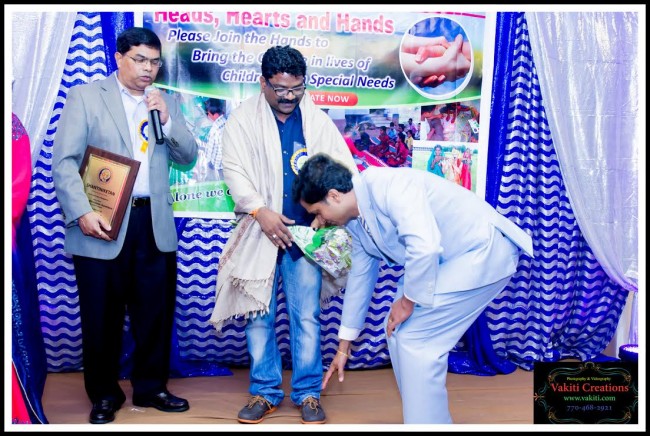 Shantiniketan was founded in the year 2001 by Janardhan Pannela. He later migrated to theUSalong with his wife and two sons to work as a special needs teacher. With the help of a dedicated team, Janardhan manages Shantiniketan remotely by extending advice and financial help.

An event was put together by Shantiniketan to thank the donors and to reach out to more people for funds. Held on Saturday, March 5 at Taste of India, the event started with the lighting of the lamp by several donors and well-wishers followed by a classical dance by students of Neelima Gaddamanugu, Nataraja Nrityanjali Academy. Later Pannela explained the services offered by Shantiniketan through a PowerPoint presentation. He also spoke about the core idea behind this project. He and his wife Roopa, got emotional by sharing a sensitive incident of their own family. 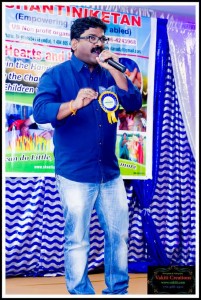 Renowned Telugu lyricist Chandrabose was the guest of honor for the evening. He walked the audience through a fascinating journey of his career filled with hilarious and emotional moments, interspersed with anecdotes. This segment was the best part of the night and drew the attention of all the audience. The host of the event Viju Chiluveru made an appeal for more donations as the goal was not met. He entertained the audience throughout with his wit and spontaneous humor. Swapna Katta did a great job as the MC of the night with her on-the-spot improvisation.

Consul D.V. Singh from the Consulate General of India in Atlanta recognized the donors. Community leader and political activist Narender Reddy commended Shantiniketan for doing an extraordinary job in the service of less fortunate children.

Balaratna award winner Haricharan, a physically challenged 7-year old presented a beautiful dance. The display of his confidence and willpower was appreciated by everyone in the hall and he received a standing ovation. He was recognized with a shawl and a souvenir. A proud moment for the ‘differently abled’ children of Shantiniketan. 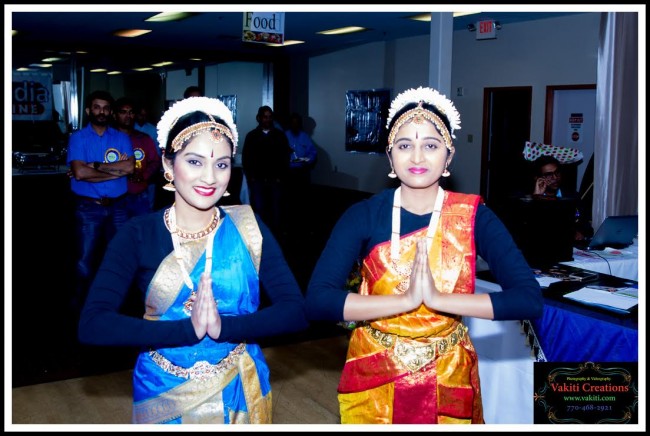 Prabhakar Boyapally, a donor who visited Shantiniketan personally, said, “I am fortunate to be a part of this noble cause. Every one of us should lend a hand and take it to the next level”. Dr. Jaganmohan Rao and Suguna, longtime residents and Trustees of Hindu Temple of Atlanta, have also visited the school and the site, were thanked for their support.

All sponsors were recognized by Chandrabose – Pramod Sajja of Paramount Software Solutions, Kiran Pasham of EIS Technologies, Sagar Lagisetty of Magnus opus IT solutions, Ravichander of Softpath Systems, Madhavi Gangasani, Dr. Bhoja katipally, who flew in all the way from San Antonio, TX exclusively for this event and ATA President-Elect Karunakar Asireddy.

All the sponsors, in their message, expressed the same viewpoint “We are glad to be a part of this initiative and will continue to hold the children’s’ hands in the future too”. 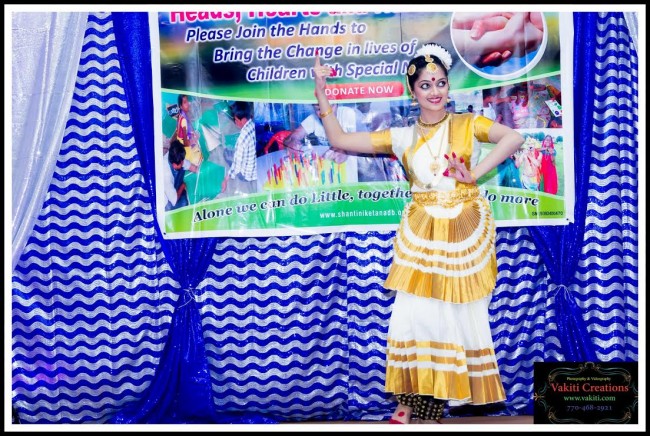 Several volunteers worked for three weeks for this event. Shantiniketan acknowledged Sridhar Vakiti for photography, Beats and Events for Audio, Srinivas Durgam and DJ Dev for Lighting, Taste of India for Venue, Suresh Volam for Graphic work, and Plan in Style for decoration. Media partners were Deccan Abroad, Praveen Puram TV5, TV9 and HMTV. Kishan Tallapalli and Sunil Gottoor did a great job at the registration and donation booth. 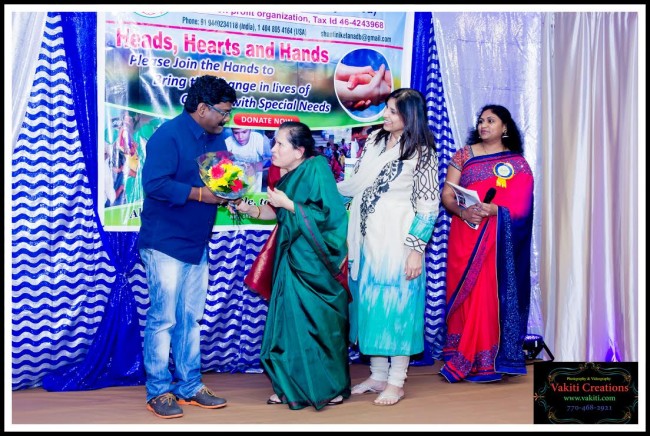 India among most vulnerable nations to cyber attacks

Informative seminar on taxes and financial planning by TAMA