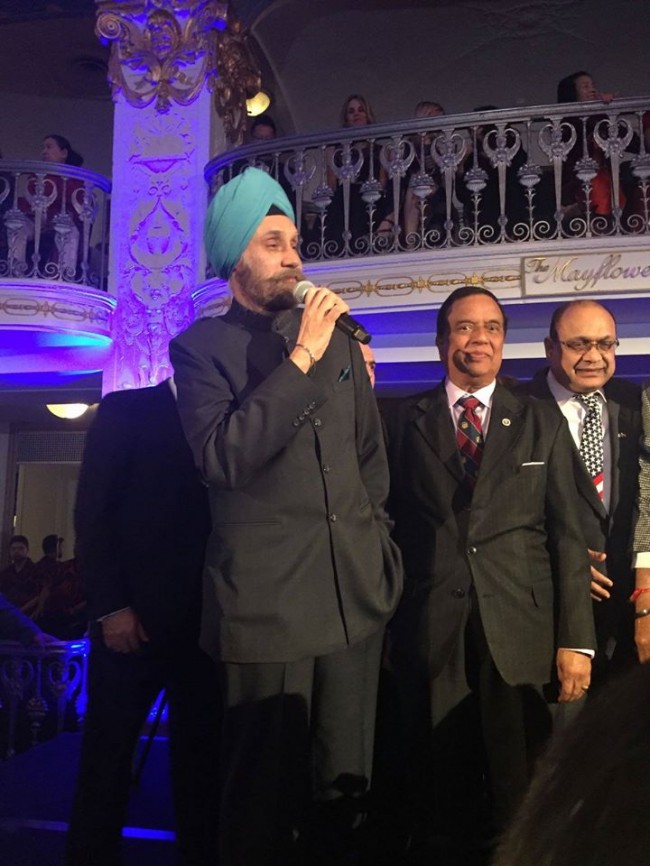 Washington, Jan 21 (IANS) Several Indian-Americans gathered for a gala here to celebrate the inauguration of Donald Trump as the 45th US President, an event skipped by many from the community, with Shalabh Kumar, a key member of the President’s panel on Asia-Pacific affairs, also conspicuous by his absence.

At least a hundred Indian-Americans attended the gala that took place at the Grand Ballroom of the central Mayflower hotel in Washington on Friday, American Bazaar online reported.

Indian ambassador to the US, Navtej Sarna and his counterparts from Sri Lanka, Afghanistan, South Korea and Singapore were also present.

“This is a great celebration of Asian success,” Sarna said at the event, largely attended by Republican crowd.

“I am very happy that Indian-Americans are part of the successful large Asian community.”

Virginia Republican Puneet Ahluwalia, one of the organisers of the event, told the American Bazaar that it was “a grand success”.

“We were able to create a platform for the AAPI (Asian-American and Pacific Islanders) community to come together and celebrate the Trump election. The gala also made a strong statement that we are very much part of the American mainstream and will play an effective role in the next administration.”

Ahluwalia added that by showing up in good numbers, the Indian-American community has showed their desire for “the US-India relationship to be on the front and centre for the next administration”.

“The (Trump) administration is looking to increase its relationship with the Asian countries,” said Royce, the California Republican known to be one of the most staunchly pro-India voices in the US Congress.

“We should reach out to our friends in Asia. We will work to further and deepen this relationship,” said the chairman of the House Foreign Relations Committee.

Shalabh Kumar was, however, not present.

The formal part of the ball began with a rendition of the US national anthem. Indian food and Bollywood dance were other highlights of the event.