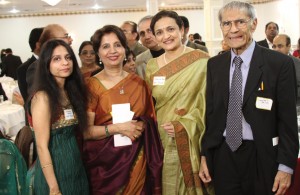 VEENA RAO looks back at some of the events that made news since the launch of NRI Pulse in 2006.

I was browsing through some back issues of NRI Pulse the other day when I realized that the newspaper’s journey is but a reflection of our community’s journey these past seven years. When NRI Pulse was launched seven years ago, Atlanta did not have an Indian Consulate, Facebook was in its infancy, Windward Parkway in Alpharetta was not the community hub that it is now, and the community was blissfully unaware of the recession that was to hit the economy in the months to come. 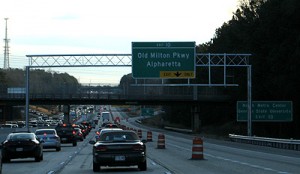 Fast forward to 2013 and things look a lot brighter. We are seeing a burst of new businesses in Decatur and Alpharetta. People are buying (really large) homes in Fulton, Cobb and Forsyth counties, where the demand for single-family homes is causing inventory to steadily decrease, making multiple offers on individual homes commonplace. The numbers of foreclosures is down, and mortgage rates are at their lowest. The numbers add up to a favorable forecast. 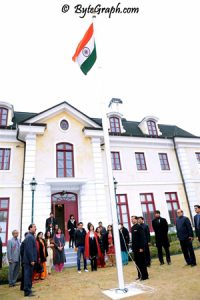 Consulate General of India in Atlanta. Photo by Bytegraph.com.

Perhaps, the happiest news for our community, after the state of the economy, is the opening of the Indian Consulate in Atlanta in October of last year to serve the southeast USA. Indian Ambassador to the US, Nirupama Rao had said then that, “Georgia is the gateway to the South-eastern US, so it is befitting that we should have a consulate in the State of Georgia.” To this I must add- the chancery which houses the Consulate in Sandy Springs is elegant and striking and befitting of the hard working, successful community that it serves. Until July, the Consulate only offered passport and miscellaneous services. It is a happy coincidence that the Consulate has started Overseas Citizenship of India (OCI) / Person of Indian Origin (PIO) / Renunciation Certificate Support services with effect from 1st July and plans to start visa services on July 18.

Consul General Ajit Kumar has spent the past two years building an excellent rapport with the community. I am confident that he and his staff will work tirelessly to provide the community with great consular services.

The GAPI Free Clinic was inaugurated two years ago.

There are others who serve the community in different ways. The Georgia Association of Physicians of Indian Heritage (GAPI) opened a clinic at Global Mall to serve the uninsured and underinsured. Atlanta’s health fair missionary, Dr Sujatha Reddy has had numerous health fairs that provide free consultancy and tests services to the needy. Several local associations hold period community outreach programs. 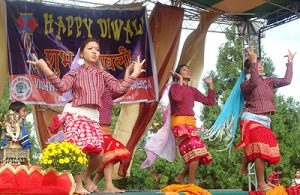 Bhutanese refugees in Atlanta perform at a Diwali celebration.

The Bhutanese Refugee Empowerment Project is arguably the biggest local humanitarian outreach program that the community has undertaken in the past few years. A project of the Atlanta chapter of Sewa International, this program has helped the refugees in their quest to begin a new life in Atlanta.

The Bhutanese started to arrive in Atlanta in 2008 after United States volunteered to resettle 60,000 of these refugees. In a 2009 NRI Pulse exclusive article on Bhutanese refugees in Atlanta, then president of the Hindu Temple of Atlanta, Dr P. Ravi Sarma had said: They (the refugees) need money, jobs, help with acculturation, counseling and people generous with their time, who can be there for them as needs arise. The help we are asked to give is not for one time and not just a few dollars. Since 2009, several local associations and individual volunteers have come forward to help in various ways. 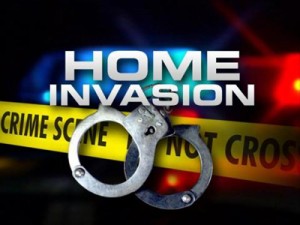 A spate of home invasions targeting Indians in Cobb, Fulton & Gwinnett counties kept the community on the edge for several months in 2011

In news that created a flutter, a spate of home invasions targeting Indians in Cobb, Fulton & Gwinnett counties kept the community on the edge for several months in 2011. The community got together to form Eye On Crime, a watchdog group devoted to crime and vandalism prevention and education, and held several meetings with law enforcement officials. The home invasions and burglaries lessened after a Hispanic gang of seven was arrested in December 2011. Eye On Crime, which continues to be updated with more cases of periodic break-ins, advises the community to invest in a security system, and keep valuables in a bank locker.

Bullying in schools. It seems to me like we do not speak about this enough. Most of our kids go through some form of bullying, especially in schools where there isn’t much diversity, but are too embarrassed to talk about it at home. My son went to a Dekalb county middle school, where he was often bullied and taunted. So it gave me much happiness, on a personal level, when

A settlement agreement with the US Attorney’s office and the Justice Department requires Dekalb school district to work with a consultant to develop and implement anti‑harassment training that addresses religious and national origin bias at both the student’s middle and high school. I hope other school county boards will adopt similar bullying awareness campaigns.

Subash Razdan was bestowed with the prestigious Pravasi Bharatiya Samman.

There were several newsmakers over the years, but none like Subash Razdan, who was the first Indian from Atlanta to be conferred with the Pravasi Bhartiya Samman, the highest NRI award, in January this year. A fitting reward for years of outstanding public service, the award was presented by India’s President Pranab Mukherjee during the annual Pravasi Bharatiya Divas. 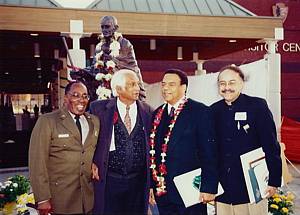 At the dedication of the Gandhi Statue: (L to R) Troy Lissimore, Giriraj Rao, Andrew Young and Subash Razdan.

The community also lost a few stalwarts in the past seven years. Giriraj Rao, one of the earliest Indian settlers in the US, and a pioneer in many ways, passed away in April 2008. He co-founded the Gandhi Foundation of USA (GFUSA) in 1998, and was a champion of the Gandhi-King legacy.

Dr. P. V. Rao, who passed away last year, is often called the Renaissance man. He was one of the principle architects of the Atlanta Indian community. A professor of Nuclear Physics at Emory University, at the behest of the Dalai Lama, he helped establish the Emory-Tibet Science Initiative (ETSI). He was also a poet, artist and a journalist. Dr. Rao was one of the founding fathers of the India American Cultural Association (IACA), and its first president. We miss these two fine gentlemen. But their legacies live on, and we continue to benefit from their many contributions.

An Indian-American Student’s Conversation With A Freedom Fighter