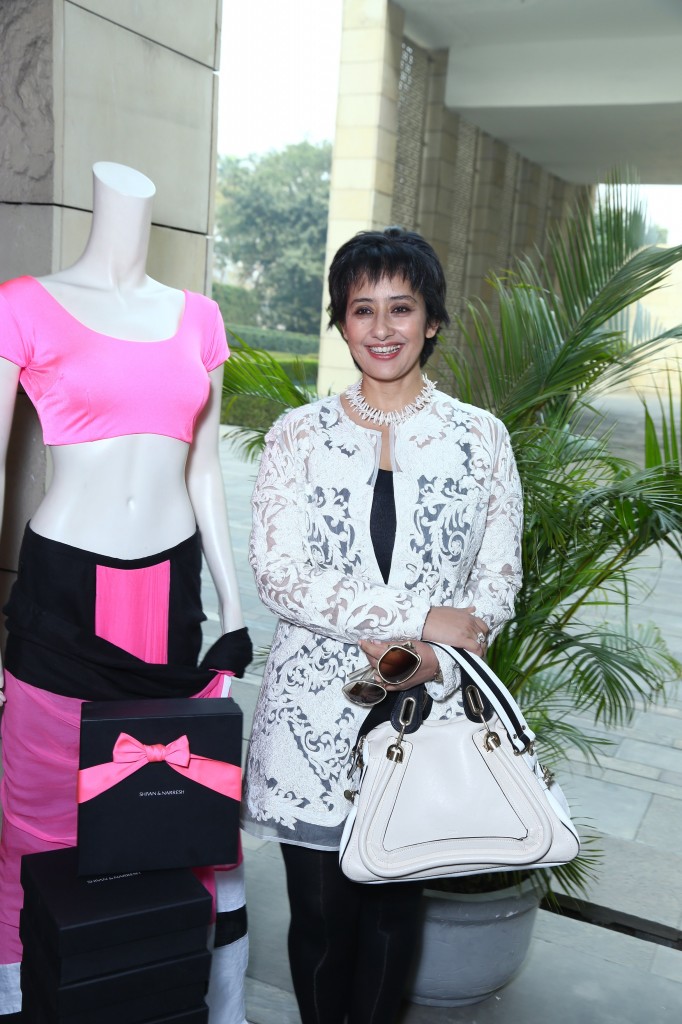 New Delhi, Feb 22 (IANS) Manisha Koirala, who hails from Nepal and emerged a star in Bollywood and then survived cancer, does not approve of the kind of portrayal that cancer patients get in Hindi films where they are invariably shown as fighting a losing battle. She says it misguides already misinformed people about the feared disease.

“In our films, they show that if you are suffering from cancer, then you have to die. Nobody has till now shown that you can deal with cancer and you can also survive for 30 to 40 years,” Manisha, a survivor of ovarian cancer, told IANS in a conversation in the capital. She returned to the country last June after spending over six months in New York for treatment.

About a million cases of cancer are detected in India every and it kills about half of them. These numbers are projccted to go up considerably in the coming years.

The 43-year-old feels “a lot has been done in India for cancer awareness, but a lot needs to be done especially the villages.

“The information is not sufficient. People say that if you are suffering from cancer, you will die. Unfortunately, that upsets me.

“I come from a background where people are educated, but what about poor women? Maybe the disease has not killed them, but the fear will take their lives. Even if they have a chance to survive, they will be dead with all the negative talk around,” said the 43-year-old, who looked her charming self even with her cropped hairdo.

Now as a Good Samaritan, Manisha, who comes from one of the best-known political families of Nepal, is doing her bit for cancer awareness by speaking out about the disease. She recently lent support to the Sahachari Foundation to raise funds for cancer survivors with its Design One initiative. She also hopes to launch an NGO that will promote good health.

Manisha, one of the prettiest actresses of her time, says supporting such causes comes naturally to her because of what she went through during her ordeal.

“One can’t describe the tough time. We (I) don’t even remember how tough it was because it is painful to remember that. When you come out of it, you take a while to gain confidence and to meet people because you wonder what the other person is thinking…”

It is thus imperative to “learn to take it in one’s stride”.

“We have to learn to accept it and move on. One should not be bogged down with anything in life. God has given each of us enough strength within us. We must find that core strength within, fight it and emerge successfully,” she said, flashing what still looks like a million dollar smile!

She finds herself a changed person.

“I am hugely changed from earlier on. I think I started seeing things in a clearer way. I feel one should value life every day – valuing your moments; valuing people around you is needed because god knows what is going to happen. Grab life with both hands and hug it,” she said.

During her prime, Manisha worked in critically acclaimed films like “Bombay”, “Dil Se” and “1942: A Love Story”. She had made her Bollywood debut with “Saudagar” in 1991, and recently made a comeback with Ram Gopal Varma’s “Bhoot Returns”, which didn’t do well at box office.

Now she is hopeful for a second innings but has her choices set in her mind.

“I made many wrong choices earlier. I started taking myself for granted as I felt I am good-looking and talented, but not any more. I know my talent and whatever capacity I have as an actor.

“If that is going to get utilised to the optimum, only then am I going to do the film,” said the actress.